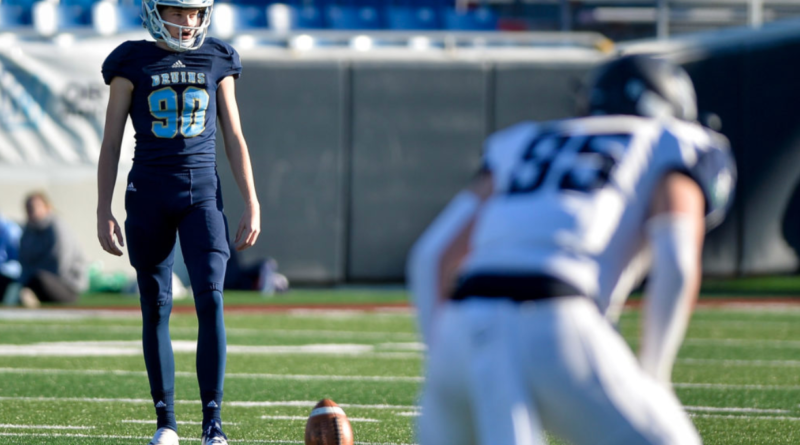 Over the next few weeks, we’ll be taking a position-by-position look at some of the top players in Arkansas high school football. This list focuses on the specialists.

There are hundreds of standout football players in Arkansas and these lists are not intended to be comprehensive! Use the comments section to discuss the other specialists worthy of fans’ attention in 2021.

Hurtz has played a big role for the Class 6A Wolves, who are 6-0 and ranked ninth. He’s made 26 of 29 extra points, four field goals with a long of 29 and put 27 of 38 kickoffs in the end zone for touchbacks.

“He kicked in the end zone most times and field position is such a huge thing.,” said Lake Hamilton coach Tommy Gilleran. “When there’s time to kick a field goal, he’s so consistent. I feel good he’s going to make those kicks.”

“He’s the best kicker in the state,” said Harding Academy coach Neil Evans before the season started. “If we get to the 35, we know we’ll have at least three points.”

“Wyatt is having a great year so far,” said LR Christian coach Eric Cohu. “An excellent soccer player, Wyatt had never played football before this season.”

Tengler, who is the quarterback for the Lions, handles punting duties and is a master at flipping the field as evidenced by a 47.3 yard punting average with a long of 63 and had put four kicks inside the 20.

Williams has made headlines for his work as a dual-threat quarterback with 590 yards passing and 3 touchdowns with 932 yards rushing and 15 touchdowns for the Mustangs or mid-October. However, when the drive stalls, he can turn the field around with a 42.3-yard putting average.

Gabriel has punted seven times in five games, but when he’s called on, he can turn the field around for the 5-1 Senators. He’s averaged 42.1 yards per punt with three going inside the 20.

Ketter does a lot for the  Tigers. While he’s rushed for 107 yards and 4 touchdowns and caught 18 passes for 327 yards and 2 touchdowns, he’s a weapon on special teams. He’s made 21-of-24 extra points, made both of his field-goal attempts with a long of 52 and put 17 kickoffs into the end zone for touchbacks.

Pieri had made 3-of-4 field goals on the season with a long of 41 yards. He also made a 40 yard field goal to beat Wynne 24-21 in the season opener as time expired.

“He’s a true weapon,” said former Marion coach Keith Houston. “It’s nice to know you’re in scoring range when you get inside the 40.”

Meijia who kicked for the Wampus Cats as a freshman, has made 11-of-13 extra points in Weeks 5 and 6 weeks and two field goals in a 38-10 victory over North Little Rock and 57-21 victory over Cabot.

Seelicke has made all three of his field-goal attempts from 32, 35 and 38 yards. As of Week 6, he was  perfect on 20 extra points and has 10 touchbacks on the season. In addition, he’s recovered five onside kicks.

The Panthers soccer standout is 5-for-5 in field goal attempts with a long of 38 yards  and has converted 41 of his 44 extra-point attempts, including the go-ahead extra-point late in the game in a 41-40 win against Greenwood.