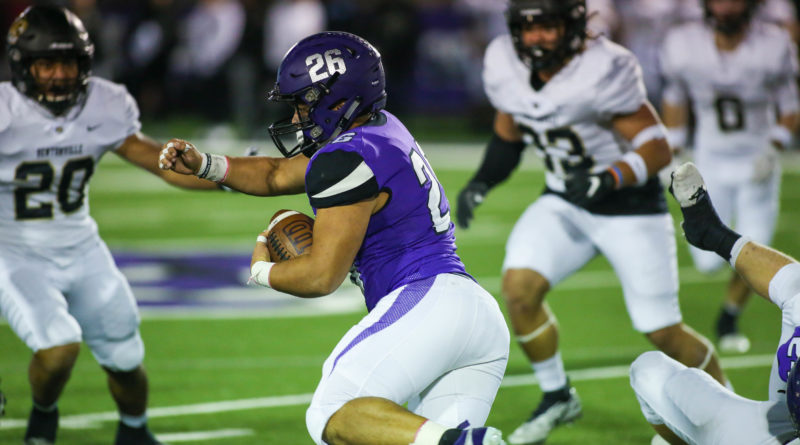 The Hornets celebrated Homecoming with an easy win but now gear up for the meat of their schedule with a tough road test against Cabot coming up.

The Wampus Cats fought through two costly turnovers and an injury to star receiver Manny Smith but were able to score the go-ahead TD with less than 30 seconds left to win their sixth straight game.

The Charging Wildcats recorded their second straight easy win after enduring their first loss of the season.

Like Bryant, which they face in a showdown next week, the Panthers enjoyed an easy win to tune up.

The Tigers’ 35-game 7A-West Conference win streak is history as is most likely their chance of winning their 15th conference title in 16 years.

The Pioneers put up a fight but the Saints cruised to yet another blowout win.

The Bruins have no problem lighting up the scoreboard against a Hornets defense which has been stingy and now prepare for a rivalry game against Little Rock Christian which will decide the 5A-Central Conference title.

The Wolves barely break a sweat in routing a Panthers team that has racked up points even in losses.

The Panthers win a potential trap game with Greenwood coming to Saline County next Friday.

The Hurricane sit atop the 6A-East and will most likely meet Sylvan Hills in two weeks with the title on the line.

The Grizzlies took the No. 2 Wampus Cats to the brink but couldn’t quite hold on.

After running the gauntlet of the 6A-West elite, the Patriots enjoy an easy win against a depleted Pointers squad.

The Cyclones were no match for the Bulldogs, who are getting healthy at the right time with starting quarterback Hunter Houston returning.

This rivalry game wasn’t close this year as the Yellowjackets take a step closer to another 5A-East Conference title.

Things got chippy in this rivalry, but the game wasn’t close as the Bulldogs bounced back from a lopsided loss to Pulaski Academy.

The Wildcats have no problem disposing of the Patriots as they stay in the upper echelon of the 6A-East Conference race.

The Eagles hold off the sliding Goblins as they prepare for a showdown against Greenbrier for the 5A-West Conference title.

The Cardinals tune up for a big game with undefeated Greenbrier next week.

The Panthers beat the Blackhawks but face a tough test against Farmington next week.

The Bears stay hot and will most likely play for a 6A-East Conference title against Jonesboro in two weeks.

The Lumberjacks won’t be tested again in the regular season.

The Senators have no letdown on the road as they roll past the Leopards.

Clinton stunned Little Rock Mills last week, but the Ricebirds made sure that didn’t happen this week with a resounding win.