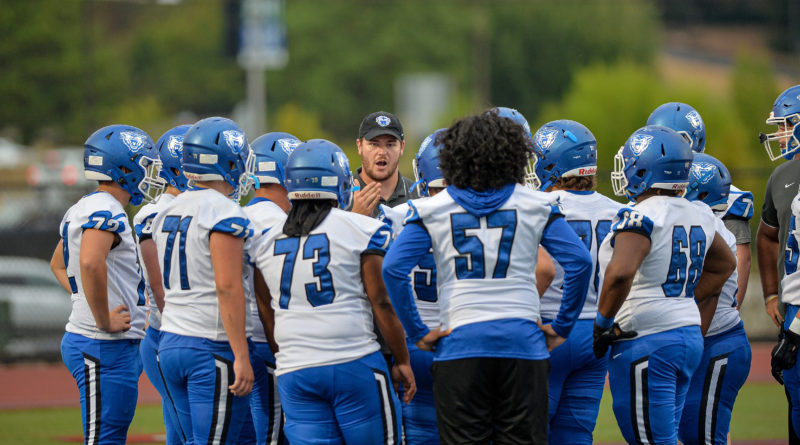 My Friday nights are a bit hectic. I arrive at a game about 90 minutes before kickoff and watch warmups before I do a live interview with THV 11 either at 6:18 or 6:40 p.m. When I’m done, I decide whether I’ll walk the sidelines (not fun sometimes with a bad hip) or find a place in the press box, if there is one.

From there, I’m able to stay until halftime or possibly into the third quarter watching the game before I head to west Little Rock to co-host the Vaccinate Arkansas Scoreboard Show with Rex Nelson.

What I sometimes worry about is missing out on a good finish. Actually, that has only happened once, when Little Rock Parkview beat White Hall 13-10, and I listened to the end of the game on a Little Rock radio broadcast.

The past two weeks, I’ve seen all I’ve needed to in the first half. Two weeks ago, it was an anticipated 7A-Central clash with North Little Rock hosting Conway. Last week, it was Conway hosting Cabot. In both affairs, the Wampus Cats got off to a fast start and the game was basically over by the time I had to skedaddle. They won 38-10 at North Little Rock and 57-21 against Cabot.

Last week, as I made my way to my car, I realized one of the major questions entering this season had been answered. All of the pundits wondered who could push Bryant, the three-time defending Class 7A state champion. I was one of the few people who though it was North Little Rock, and for a while, I looked smart ranking the Charging Wildcats No. 2 in the SBLive Arkansas Top 25 power rankings. But then, the Conway blowout, and Conway again winning big against Cabot, another popular response to that preseason question, and I had my answer.

The quality that sticks out to me most about the Wampus Cats is their intensity, especially on defense. They hit North Little Rock hard on the first series and first-year NLR coach Randy Sandefur acknowledged after the game that he didn’t like the look he saw in his players’ eyes after taking that initial haymaker.

Conway is quick to the ball and its front seven is a mixture of powerful and quick. They are opportunistic, owning a plus-21 turnover margin and forcing a whopping six turnovers in a win against Bentonville and four at North Little Rock. A big turnover on downs fueled the initial run in the Cabot game.

Offensively, it’s amazing that a sophomore triggers the offense. Donovyn Omolo didn’t even start the season at quarterback, but he has emerged as one of the best signal-callers in the state. The lefty passed for close to 300 yards last week. He can be at ease with a veteran offensive line offering supreme protection and playmakers at the skill positions.

Diminutive senior receiver Manny Smith, a University of Central Arkansas commit, is one of the best athletes you’ll see on Friday nights with his ability to line up at different spots on the field. He made a leaping catch on fourth down that saved Omolo an incompletion on the first drive of the North Little Rock game. The play set up a touchdown a few plays later and changed the complexion of the game. He also had close to 150 yards receiving against Cabot last week.

Junior Boogie Carr is an explosive running back and a great option for Omolo to turn to when the Wampus Cats need a few yards. He’s only gotten better as the season has gone on.

Simply put, Conway is showing signs of having a complete football team, and coach Keith Fimple has done a good job improving the club from last season despite missing some key pieces in star quarterback Ben Weese and Bryce Bohanon, who signed with Tulane.

Now, Conway finds itself ranked No. 2 and in a great position to play for a conference title. The Wampus Cats do have to play at No. 12 Fort Smith Northside on Friday night (more on that in a minute) but then play at Little Rock Central and then a home tilt against Little Rock Catholic. Both teams are winless and struggling mightily. Then there’s a game with Bryant to close the regular season.

So, basically, if Conway can beat the Grizzlies on Friday night, they should be undefeated in league play and riding a nine game win streak when Bryant comes to Faulkner County.

Now, about Northside. They went toe-to-toe with the Hornets and could have really made them nervous had they scored on a fourth-and-goal play in the second half but as it stood, Bryant stopped the threat and added a long scoring drive to take control of the game.

Northside is formidable with star running backs Sundquist Church and Ty Massey. Classmate quarterback Walker Castavis is also a threat passing the ball. Both the offensive and defensive lines are physical. The Grizzlies’ O-line paired against the Conway front seven will be enjoyable to watch. It will be the key of the game for Northside. North Little Rock has a great run game and star in Torrance Moore, but the Wampus Cats were too quick and physical for the big NLR linemen and the holes closed quickly. Northside will have the tough task of trying to give Church and Massey room to run.

While I tip my cap to Northside for being much improved, I would be surprised if they beat Conway. Especially after what I’ve seen the past two weeks.

Conway is a team that can officially be called a state title contender and a threat to Bryant’s run. They are so dominant, it only took me two halves to draw that conclusion.