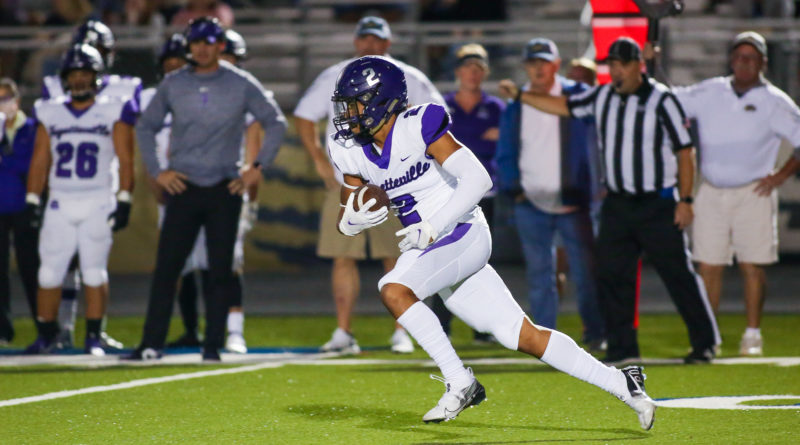 Bryant hasn’t lost back-to-back games since 2012 and keeps that streak intact with a quality road win over the Grizzlies.

The Charging Wildcats tuned up for a big showdown at Conway next week.

The Panthers have scored more than 40 points in three of their four games this season.

The Wampus Cats take full advantage of a Gryphons team that has been shut out two of its three games to go along with a forfeit win.

The Tigers score more than 40 points for the second straight season against the Wildcats.

These kinds of scores will be the norm in 1-4A Conference play for the Saints.

Former PA coach Kevin Kelley is gone, but the Bruins’ dominance of the 5A-Central continues.

The Wolves are currently the class of Class 6A with a home showdown with Little Rock Parkview looming next Friday.

The Warriors held the lead the entire game, but the Hornets kept it close in the second half.

The Wolverines get a rude awakening in the conference opener after cruising in back-to-back nonconference games.

The Panthers have outscored opponents 76-0 in the first quarter this season.

The Wildcats lose a showdown and maybe the No. 1 seed in the 6A-East Conference in the process.

The Wildcats have started the season 0-4 for the second time in the past two seasons.

The Goblins hadn’t lost a conference or home game in three years until squandering a big halftime lead to the Cardinals on Friday night.

The Hurricane now have a leg up in the 6A-East Conference race.

The Yellowjackets take the first step to another 5A-East Conference championship.

The Patriots notch a blowout win over Class 6A defending state champion Greenwood on Thursday but Friday it was announced they must forfeit their season-opening win against Little Rock Southwest for playing an ineligible player.

The Lumberjacks take a leg up in the 8-4A Conference title race with a thrilling win over the Eagles.

For the second straight year the Memphis-area private school tops the Wildcats.

It wasn’t pretty, but the Ricebirds will take the conference-opening win.

The Senators have won three in a row since they endured a lopsided loss to Pulaski Academy in the season opener.

The two-time defending Class 2A champions lose two games in a row after winning 22 straight.