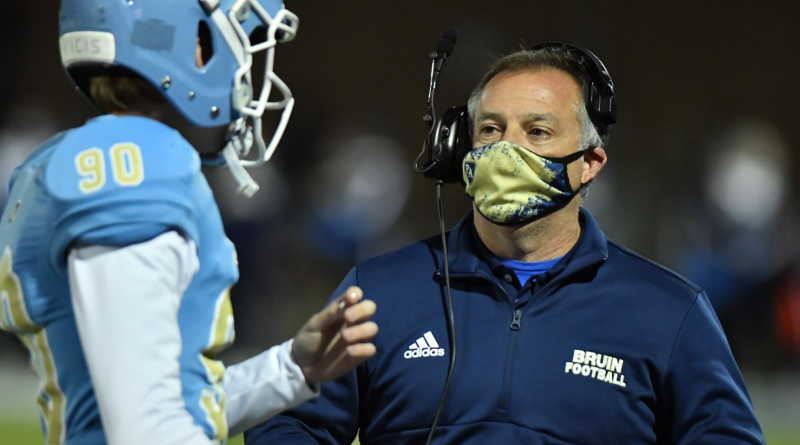 The messages started coming last Saturday afternoon from sports journalism friends updating me on Kevin Kelley’s collegiate coaching debut at Presbyterian College. The Blue Hose were already up big in the first quarter against St. Andrews, an NAIA program from North Carolina.

My reaction? Well …  not surprised.

The Blue Hose cruised to an 84-43 home win and rewrote the record books in the process in Kelly’s first game with the program after serving 18 years as the head coach at Pulaski Academy, where he won nine state titles.

“Definitely didn’t anticipate that,” Kelley told the Associated Press regarding his team’s offensive output. “I think I’m not good at many things in the world, but I’m good on the offensive side of the ball and worked really hard in that area.”

I don’t know if anybody anticipates scoring 84 points, but I would have definitely put down a sizable bet that the Blue Hose would score 60, and that is without knowing that St. Andrews is a very pedestrian, at best, NAIA program.

The point is, Kelley is an offensive genius. Forget the unconventional no-punting philosophy for a moment. If you just focus on the kinds of plays he calls at the time he calls them, it’s poetry in motion. The creativity that might feature misdirection or multiple pitches mixed with precise execution from the smart, disciplined players he’s had at his disposal gives defensive coordinators fits.

After watching that offense closely for 18 years, it’s easy to see it could be deployed at the college level. Especially after watching high-octane offenses used by fellow Arkansas native Gus Malzahn at Auburn and Central Florida and the Air Raid that was co-authored by Mississippi State coach Mike Leach and carried on at Texas Tech by Kliff Kingsbury, who now coaches the Arizona Cardinals. Razorbacks fans will appreciate this: Kelley is what Chad Morris should have been. He’s the kind of guy that can party this system into a Power 5 job and win.

So, no, I wasn’t surprised that some unknowing defensive coordinator at an NAIA school had his head handed to him. He’s probably on par with what Kelley saw among some high school opponents in Arkansas, and they knew what was coming. It was a nice introduction to college football, which will eventually get more challenging as the season goes on, but still probably not as challenging as some expect — but more on that in a minute.

To say Hefley felt comfortable orchestrating the system might be an understatement. However, he never ran the system in high school for Kelley. After his brother, Will, won a state title at PA in 2014 and became one of the few Bruins signal-callers to play at the Division I level at Tulsa, Ren embarked on a prep career at Bryant and helped the Hornets to a state title of his own in 2018, Bryant’s first in a string of three under coach Buck James.

But Ren was familiar with the system, running it from the fifth through ninth grades (yes, they do run that system in grade school at PA) and from absorbing some knowledge from Will.

Ren was a walk-on quarterback at Michigan and after two seasons was still waiting his turn; he made the wise decision to get a second chance to play for Kelley.

One stat that did surprise me a bit was that the Blue Hose attempted nine onside kicks and five fourth-down conversions. I wasn’t sure if Kelley would scale back on some of his unconventional philosophies at the next level, but at least in this game that wasn’t the case.

So, the rest of the season? Well, this week Presbyterian can probably call its own number playing the University of Fort Lauderdale (Fla.), a small Christian college coached by Chris Chambers, who starred at receiver for the Miami Dolphins and the University of Wisconsin. The Eagles are a member of the National Christian Collegiate Athletic Association.

But after that, when Pioneer League play starts, it still could be more of the same. In a non-scholarship FCS conference, the playing field is pretty level, and the coaching wouldn’t be what it is in other FCS leagues such as the Southland or the Missouri Valley.

Presbyterian should have a lot of success and Kelley and Co. will continue to make national headlines.

Then, a Football Bowl Subdivision program will call. I won’t be surprised by that, either. I’m not alone when I say I’ve seen this coming. It’s finally happening, and it’s cool to see an Arkansas native and prep coach representing the state well and making a splash at the college level.