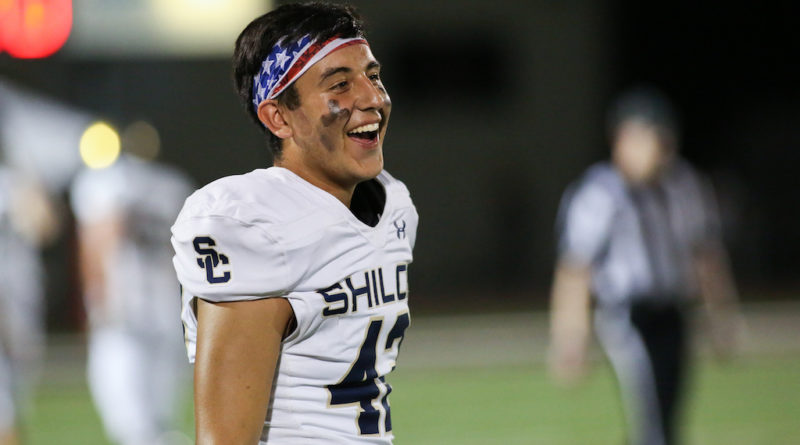 Another week has come and gone, and we are ready for Friday night. Here are 10 Week 1 games to watch statewide.

The big story here is the debut of NLR coach Randy Sandefur. He might be new to his position, but he is hardly a stranger, serving as a Charging Wildcats assistant since 1983. Sandefur is the third NLR head coach in the past three years. The Wildcats, who return only five starters, begin their quest for another deep playoff run against a Har-Ber team which already has played a game. The Wildcats lost 35-28 at McKinney (Texas) last week. Har-Ber was potent offensively but four turnovers sealed its fate.

Ridgeland features a potent passing attack with senior quarterback John White, who is an NCAA Division I recruit, and classmate Davis Dalton, who is committed to Southern Miss.

Owasso coach Bill Blankenship won a Class 7A state championship in his one season at Fayetteville in 2016. The Oklahoma prep legend and former University of Tulsa coach is 2-1 against his former team and notched a 31-17 win in Fayetteville last fall.

The Bulldogs have one of their most talented teams to date with superstar receiver Isaiah Sategna and linebackers Mani Powell, an Arkansas recruit, and Kaiden Turner, an Indiana recruit. That’s the kind of explosiveness needed to beat one of the best teams in Oklahoma.

The Saints were electric in a 55-13 win at Pea Ridge last week. Shiloh amassed more than 400 yards of offense in the first half against the Blackhawks. This week will be a little tougher with a longer road trip against a perennial Oklahoma power. The Pirates opened with a 35-28 win against Bishop Kelly (Tulsa) last week. The Saints escaped with a 34-28 win last year, but Poteau went on to finish its district season undefeated and advance to the second round of the playoffs.

The Wampus Cats travel to Northwest Arkansas for the second straight week to face a Tigers team that opened with a 43-30 victory against Liberty ( Mo.) North, a Top 10 team in its state. Conway faltered in a 41-24 loss in which it amassed 530 yards of offense but yielded 605. The defense better be better this week or Bentonville senior quarterback Drew Wright will have similar numbers to those he put up against Liberty when he totaled nearly 200 yards passing and four touchdowns.

Diminutive Conway running back Manny Smith is a game-breaker, but he left the game with Fayetteville last week and his status for Friday is unknown.

The Hurricane routed Little Rock Catholic 37-7 last Friday. The win itself probably wasn’t a surprise, but the score could have been. Now, Jonesboro takes a step up in Class 7A competition, taking on Catholic’s Central Conference foe, Cabot.

Cabot’s offense ignited in a 38-7 win against Searcy. Versatile slot back Brayden Jay took a handoff around the end for an 88-yard touchdown and totaled 60 yards receiving with two scores. Mason Bell ran for 105 yards and quarterback Grant Freeman passed for 141 yards and three touchdowns.

Cabot got off to a slow start and allowed Searcy inside the red zone several times without a score. Jonesboro will be more physical and potent offensively than the Lions.

Warren coach Bo Hembree and While Hall’s Bobby Bolding have clashed more than a few times over the past 20 years. The Class 4A Lumberjacks won 17-6 against White Hall a year ago.

White Hall ran over Class 6A Sheridan 41-0 last week after building a 38-0 lead at halftime. Senior running back Zaire Green ran nine times for 116 yards and two touchdowns, and the Bulldogs defense gave up only 77 yards.

Warren tuned up for its opener with a scrimmage against Class 3A power McGehee, and running back Cedric Calbert ran for nearly 200 yards on just eight carries. Quaterback Riley Cornish, who was lost for the season with a knee injury in the opener last season, passed for 180 yards and two touchdowns in the scrimmage.

Booneville leads the series 52-27-2 and has won seven of the past 12 games. The Bearcats blanked Dardanelle 32-0 last week. Quarterback Randon Ray racked up 61 yards rushing and scored two touchdowns and three two-point conversions, which tied a school record.

The Hillbillies are coming off a 14-13 overtime win against Clarksville.

Greenbrier senior quarterback Cooper Wilcox passed for more than 150 yards and rushed for nearly 90 in a blowout win at Beebe last week. An inexperienced Batesville team opens its season at home in what will be a stiff test for the Pioneers defense.

This is a matchup of premier running backs. Searcy features Daniel Perry, who has an offer from Harding University. Little Rock Christian counters with Jayvean Dyer-Jones, who ran for 188 yards and four touchdowns in a 41-6 win last week against Little Rock Central. Searcy and Perry moved the ball on Cabot last week but couldn’t cash in on five trips inside the 30-yard line. Senior Reid Miles totaled 77 receiving yards.