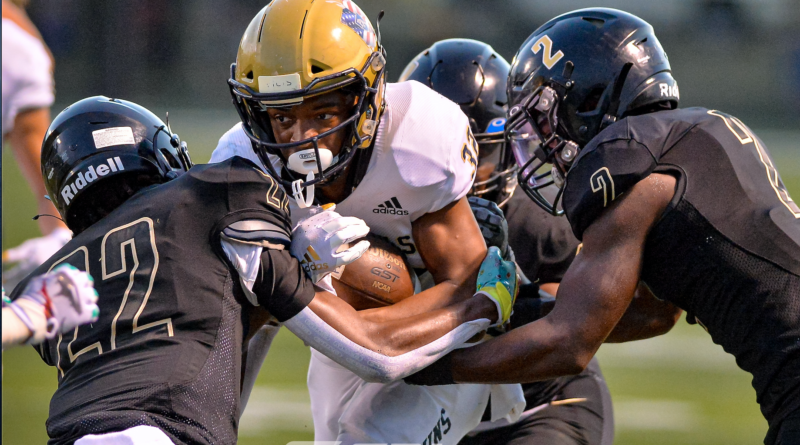 There’s more football to be played Saturday, but here are some stars from Friday night’s games.

If you know of a top star we should include, please let us know in the comments.

The junior played less than a half Friday night but still accounted for two passing touchdowns with 218 yards through the air, and he rushed for 43 yards and two more TDs in a 55-13 win over Pea Ridge.

The senior ran in two touchdowns and led the staunch Blue Devils defense in a win over Little Rock Southwest, 35-16.

The senior had 310 yards of offensive production, with touchdown runs of 80 and 1 yards as well as a 55-yard TD reception in the Purple Dogs’ 41-24 win over Conway.

The junior had four catches for 133 yards and two touchdowns on offense, and he recorded two interceptions on defense in the Pointers’ 36-24 victory over Springdale.

The sophomore totaled five catches for 102 yards and two TDs in a 60-27 win against Joe T. Robinson.

The sophomore passed for 156 yards and two TDs and rushed for another score in the Pointers’ 36-24 win over Springdale.

The senior steamrolled Siloam Springs with 339 yards on 13 carries with five touchdowns in the Mounties’ 51-40 victory.

The senior Arkansas Razorback commit hauled in two touchdown passes, blocked a punt that resulted in a safety and added several pancakes blocks in the Panthers’  37-7 victory over Hamburg.

The senior had 11 carries for 115 yards and three TDs in Pottsville’s 20-16 win over East Poinsett County.

The senior had six catches for 100 yards and two TDs in the Hornets’ 31-21 win over Sylvan Hills.

The senior Arkansas Razorback commit racked up six tackles for loss in the Hornets’ 31-21 win over Sylvan Hills.

The junior hauled in eight passes for 137 yards in the Bulldogs’ 63-21 victory over Muskogee, Okla.