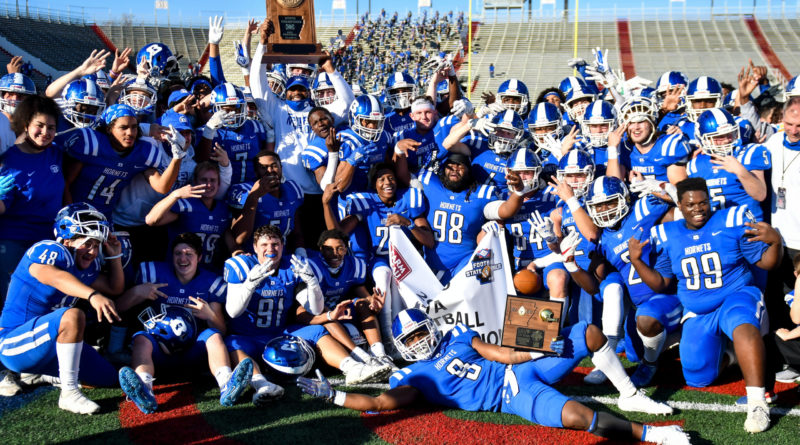 The Charging Wildcats have their third new coach in three years, but NLR has thrived through adversity, playing in the past five Class 7A state championship games.

The Bruins have won six of the past seven Class 5A state championships. Even with the departure of 18-year PA veteran and coaching legend Kevin Kelley, the program is expected to keep rolling with first-year coach Anthony Lucas, a former University of Arkansas star receiver and PA assistant.

The defending Class 6A state champions finished undefeated for the fourth time in school history last fall and are the favorites to win the title again in 2021 — even with many key pieces departed.

The Panthers advanced to the semifinals in 2020 and are primed for another deep run with 11 starters returning.

The Tigers continue their dominance over the 7A-West (32 consecutive wins and 14 of the past 15 conference titles) and will be in state title mix again.

Fresh off their first state playoff semifinal run since 2017, the Wampus Cats will contend again with 11 returning starters.

The Bulldogs endured a disappointing 2020 campaign which ended with a playoff loss to Little Rock Central, but with 15 returning starters and a handful of Division I prospects, Fayetteville could be the comeback team of 2021.

The defending Class 4A state champion lost only once last season and with 15 returning starters has a legitimate shot at going undefeated this fall despite a difficult nonconference schedule which includes games with two larger schools from Oklahoma.

All-state running backs Owen Miller and Tevin Woodley can carry the Wolves back to the Class 6A state championship game.

The Wildcats started 0-4 last season but rebounded to post a playoff win against Fort Smith Northside. They will look to get off to a better start this year with seven returning starters on offense.

The Wolverines return 10 starters from a young team that was up and down a season ago.

The 2020 Class 5A runner-up is gunning for another shot at a state title with super sophomore quarterback Walker White leading the Warriors’ 14 returning starters.

The Panthers are hopeful to rebound from a 6-5 season with 10 returning starters.

The Rockets are optimistic about their playoff potential with 13 returning starters despite playing in the rugged 7A-Central.

Seven returning offensive starters give the Grizzlies hope they can compete in the 7A-Central this fall.

The Goblins have rattled off 22 consecutive 5A-West Conference wins and will be salty again with a stingy defense that includes eight returning starters.

Senior quarterback Rykar Acebo (2,320 yards passing in 2020) leads a potent Hurricane offense which could be the catalyst for a 6A-East Conference title.

The Yellowjackets’ only loss in 2020 came to PA in the Class 5A state semifinals. They will have a chance to return with a handful of key starters back.

The Ricebirds’ 2020 season ended with a Class 4A seminal loss at Shiloh Christian. Stuttgart should have a chance to punch its ticket to Little Rock with 16 returning starters.

The defending Class 3A state champions have won 27 straight games against in-state opponents and will have a chance at another deep playoff run with eight returning defensive starters.

The Lumberjacks are a perennial Class 4A power and will be in the mix again thanks to a potent offense (40-plus points six times a season ago) that boasts nine returning starters.

The Senators might be a bit inexperienced with only six returning starters, but the Pulaski County school is loaded with talent and is a favorite to win the wild 7-4A Conference.

The Class 2A defending state champion Redbugs seek a third consecutive state title but will rely on a cast of newcomers to do so.