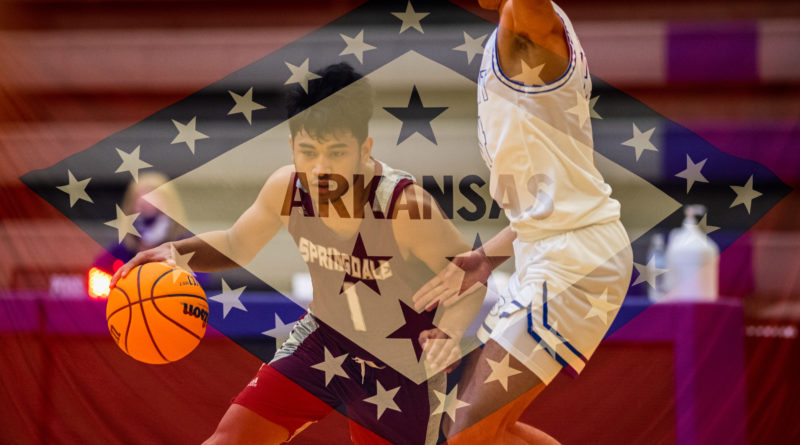 The Arkansas high school basketball state tournaments got in full swing Tuesday with action in all classes around the state. Here’s a look at some of the day’s top performers.

Note: We will be collecting top performers throughout the week. Email jd@scorebooklive.com with nominations.

Wallace had 17 points and six rebounds to lead Little Rock Parkview to an 80-39 win over Greene County Tech in the 5A boys tournament.

Thomas added 15 points and five boards in Parkview’s 80-39 win over Greene County Tech in 5A boys.

McBride made 6 of 11 from three-point range and finished with 23 points to lead Jonesboro to a 62-57 double-overtime victory over Jacksonville in the 5A boys tournament.

Anderson hit five three-pointers en route to a game-high 21 points to lead Bentonville West to a 59-56 double-overtime victory over Conway in the 6A boys tournament. (PHOTOS)

Buccino scored six of his 12 points in the overtime periods as Bentonville West defeated Conway 59-56 in two overtimes. (PHOTOS)

Hunter had 16 points and 12 rebounds in Bryant’s 71-42 win over Springdale in the first round of the 6A boys tournament. (PHOTOS)

Fowler had 16 points in Bryant’s 71-42 win over Springdale in the first round of the 6A boys tournament. (PHOTOS)

Neal poured in 18 points as Marion rallied from a halftime deficit to defeat Little Rock Christian 60-54 in double overtime in the 5A girls tournament.

Cail tallied 10 points, 12 rebounds and six blocks for Marion in the 60-54 double-OT win over Little Rock Christian in 5A.

Rogers had a game-high 27 points for Little Rock Christian in a 2OT loss to Marion in the 5A tournament.

Thomas netted 19 points for Jonesboro in a 52-35 win over Beebe in the 5A girls tournament.

Ponder scored 15 points to lift Bergman to a 38-32 victory over Episcopal Collegiate in the 3A girls tournament.

Marsh finished with 16 points for Episcopal Collegiate in a 38-32 loss to Bergman in Class 3A.

McMillen scored a game-high 21 points for Mayflower in a 41-30 win over Elkins in the 3A girls tournament.

McCarn scored 11 of her game-high 25 points in the second quarter as Melbourne rolled past Riverside 77-26 in 2A girls action.

Lawrence scored 15 of her 21 points in the first quarter of Melbourne’s 77-26 victory over Riverside.

Mulliniks filled it up with 27 points in Quitman’s 60-56 win over Marmaduke in Class 2A.

Roby had 24 points, with 15 of those in the first quarter, to power Mount Vernon-Enola to a 58-30 victory over Lead Hill.

Johnson had 21 points in Kingston’s 55-52 squeaker over Wonderview in the 1A girls tournament.

Beck tallied 19 points for Wonderview in a heartbreaking 55-52 loss to Kingston in the 1A tournament.

Duckworth had a game-high 22 points in North Little Rock’s 66-36 win over Bentonville West in the first round of the 6A girls state tournament. (PHOTOS)