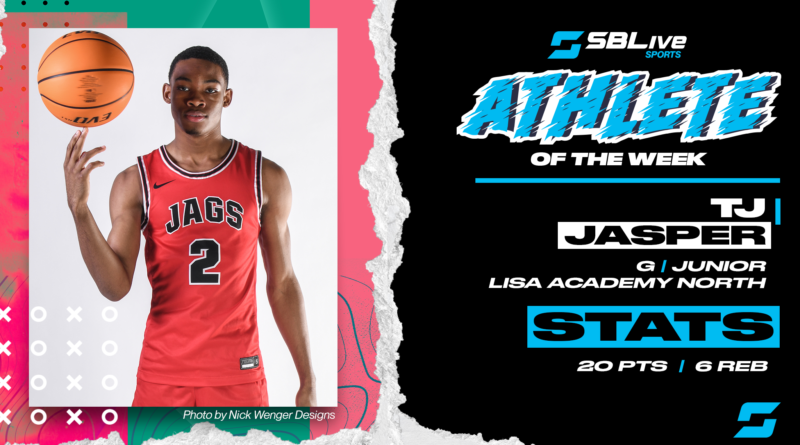 Jasper received 38.21% of the vote, beating out Green Forest’s Daniel McDonald, who finished with 30.35%. Cedarville’s Austin Cluck finished third with 14.59% and LISA Academy North’s Jordan Jasper finished fourth with 10.36%. There were over 52,000 votes tallied this week!

Daniel Cobb, Baptist Prep: The senior guard poured in 21 points in a 64-42 blowout of Jessieville on Tuesday. In a big 55-54 win against Mayflower three nights later, he totaled a game-high 17 points to go with five steals and five rebounds.

Nico Davillier, Maumelle: The junior forward led the Hornets with 19 points in a 73-61 loss to Sylvan Hills on Tuesday.

BJ Gilliam, Mayflower: The junior guard led the Eagles in Friday’s 55-54 loss to Baptist Prep with 18 points and five rebounds.

Ethan Gregory, Mountainburg: The senior guard poured in a game-high 37 points in Friday’s 62-47 win against Lavaca and exploded for 29 points Saturday in a 71-47 rout of Magazine that clinched a share of the conference title. His week began with a 16-point outing in an overtime loss to Acorn on Tuesday.

Donyae May, Russellville: The junior point guard pushed the Cyclones to their third consecutive win — a 65-57 victory against Alma on Friday in which he scored 16 points to surpass the 1,000-point mark for his career.

Bryson Warren, Little Rock Central: The sophomore guard poured in a game-high 20 points in a 56-43 win against Bryant on Tuesday.

Corey Washington, Sylvan Hills: The junior forward scored eight of his team’s 15 third-quarter points on his way to a 21-point night in a 73-61 win against Maumelle on Tuesday.

Jeremiah Washington, Shiloh Christian: The sophomore point guard poured in 19 points Friday to help the Saints battle back from a 19-point deficit in a 50-46 win against Pea Ridge.

Amarion Wilson, Jonesboro: The junior point guard had a game-high 19 points in a 71-54 win against West Memphis on Tuesday.

Daniel McDonald, Green Forest: McDonald scored 28 points on 12/16 shooting from the field and 4/5 from the FT line in a 57-55 OT win over Lincoln in the opening round of 3A-1 West district tournament.

Dylan Cluck, Cedarville: Cluck, a junior, had 15 points, 8 rebounds, and 1 steal in Cedarville’s 52-34 win over Danville.