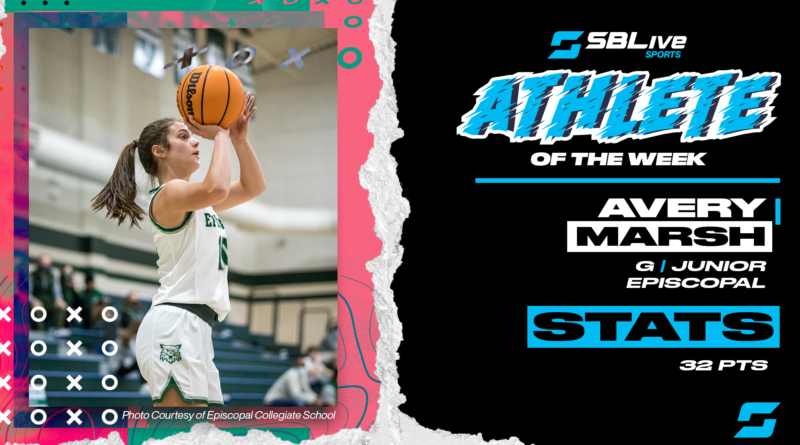 The junior guard exploded for 32 points and snagged seven steals in a 68-14 trouncing of Palestine-Wheatley on Friday, Jan. 29. Marsh entered the 1,000-point club earlier in January.

Marsh received 39.53% of the vote, beating out Pangburn’s Brynlee Huggins, who finished with 25.79%. Sylvan Hills’ Jianna Morris finished third with 14.32% and Central Arkansas Christian’s Ava Knoedl finished fourth with 10.18%. There were over 70,000 votes tallied this week!

Here are the other athletes who were nominated for Jan. 25-31:

Claudia Bridges, Fayetteville: The senior guard exploded for 31 points Tuesday in a 77-65 win against Har-Ber.

Maryam Dauda, Bentonville: The senior forward and Baylor signee became the Tigers’ all-time leading scorer Tuesday in an 82-42 blasting of rival Bentonville West. Dauda hit a three-pointer near the top of the key to reach 1,270 points, surpassing Bekkah Boyce’s 1,268 that she scored from 1996-98. Dauda finished with 16 points. She poured in a game-high 24 points in a 62-35 rout of Har-Ber on Friday.

Lizzy Ellis, Gravette: The senior guard scored a game-high 19 points as the Lions cruised to a 74-45 win over Berryville on Tuesday.

Kinley Fisher, Greenwood: The senior guard stuffed the stat sheet with 21 points, five assists and four steals as the Bulldogs ran past Alma 75-28 on Tuesday. She also had more than 19 points in wins over Russellville on Monday and Greenbrier and Van Buren on Friday and Saturday, respectively.

Emily Jackson, Izard County: The junior forward had a team-high 18 points in a 60-38 win against Shirley on Tuesday.

Caroline Lyles, Fayetteville: The 5-11 junior forward chipped in 25 points Friday in a 77-65 win against Har-Ber.

Pacious McDaniel, Har-Ber: The sophomore forward had 32 points in a 77-65 loss to Fayettevile on Tuesday.

Cheyanne Kemp, Morrilton: The sophomore poured in 21 points and grabbed seven rebounds in a 56-32 win against Dardanelle on Friday.