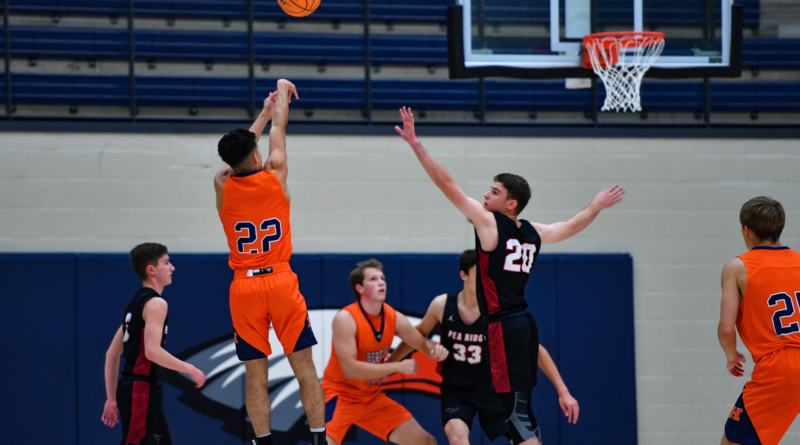 Over the next few weeks, SBLive Arkansas will break down every 6A boys and girls basketball team in the state entering the 2020-21 season. Here’s our look at the Rogers Heritage War Eagles boys.

One of the conference’s most prolific scorers, Hill drained eight three-pointers in Rogers Heritage’s opener and made six more the following game. He also is leading the team in steals and has great speed and leaping ability. “He’s a kid who has benefitted from quarantine,” Olsen said. “It’s forced him to get in the gym and the weight room. He’s probably gained 15 pounds since last year.”

Ingram is a versatile interior player who received all-conference honorable mention as a junior. “He gives us some flexibility because he’s really good with the ball,” Olsen said. “Even though he’s a low-post player and defender, he’s able to handle the ball like a guard.”

Torres averaged around 20 minutes per game last season and is another player who got better during quarantine, Olsen said. Through two games this winter, Torres had a 4:1 assist-to-turnover ratio and was shooting nearly 60 percent from the field. “So, he’s really efficient, has good size, doesn’t get bullied and is good in transition,” Olsen said. “He’s just a good all-around type of player.”

There are reasons to believe things are trending up for the War Eagles, who won 19 games during the 2017-18 season followed by a couple of down years. Rogers Heritage did lose two all-conference performers in guards Logan Clines (first team) and Logan Glenn (honorable mention), but the team has three impact players back and a few unproven varsity players with potential.

“This is a team comprised of a junior class that had a very successful junior varsity campaign,” Olsen said. “That’s kind of our nucleus.”

Rogers Heritage has a chance to be an efficient offense this season, and the War Eagles were shooting better than 70 percent from the free throw line through two games. The number looks great on paper, but Olsen said there’s room for improvement, particularly in the fourth quarter of tight games.

“In basketball, you start on the simple things,” he said. “We’re not making the shots in crunch time. We’ve got to handle the pressure of the late game better.”

The War Eagles started 6-2 in nonconference play a season ago but struggled to find wins in 6A West action, dropping their final 10 games. Rogers Heritage was competitive in several of the games, a sign that more victories could be coming in 2020-21.

“I think that these guys would be disappointed if they didn’t finish in the top half of the league,” Olsen said. “I think it’s going to be a challenge; it always is in our league.”

“Our transition defense, there are some things that needed to be corrected there. Those are the type of things you can control.” — Tom Olsen