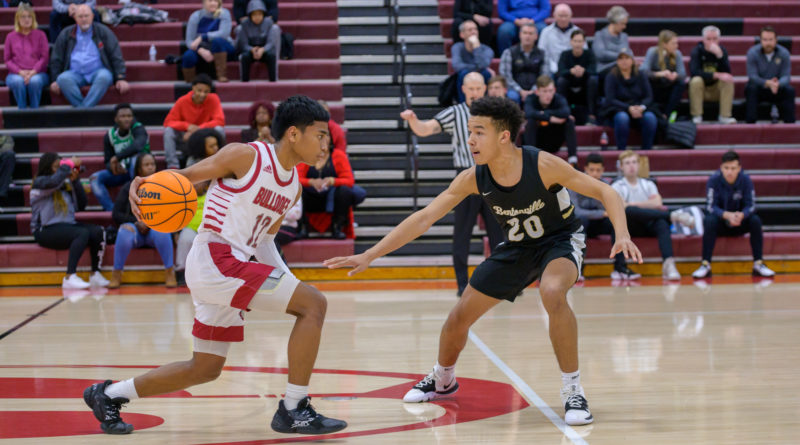 Over the next few weeks, SBLive Arkansas will break down every 6A boys and girls basketball team in the state entering the 2020-21 season. Here’s our look at the Springdale Bulldogs boys.

Hertin ran the point for Springdale a season ago and received all-conference honorable mention. Price is expecting Hertin’s scoring average to go up this season while he continues to lead the Bulldogs in assists. “He brings a little bit of experience to this year’s team,” Price said. “He’s a good three-point shooter and has gotten better from last year. He’s always been a good penetrator, but we’ve encouraged him to get better at finishing.”

Elkar is another experienced varsity player who should see an uptick in offensive production this season. “He’s our best defender, so he’ll be matched up with the other team’s best guard night in and night out,” Price said.

Jelkan has only junior varsity experience for Springdale, but he put together a few big scoring games last winter. He is a smart player who can shoot from long distance and has a solid handle. “We’re just trying to get him to be more productive for us this year,” Price said. “He’s definitely the next capable guard.”

On paper, the 2020-21 season appears to be a rebuilding campaign for Springdale. The team lost two honorable mention all-conference players in J.P. Hignite and Jordan Owens and will be relying on several new guys to compete in the 6A West.

“We’ve got seven seniors, but really only two of those have gotten varsity experience,” Price said. “I wouldn’t call us young; I would call us inexperienced. So, we’re going to be learning a lot of lessons on the fly as we go, but still, they’re 17-, 18-year-old kids that are going to be playing and competing for us, so there is some good in that.”

Size will be another issue for the Bulldogs, who have one true post in sophomore Tevin Tate.

Last season, Springdale’s three conference wins came in a row against Van Buren, Rogers Heritage and Bentonville West. The Bulldogs dropped their final five games and missed the playoffs, but the team was more competitive in 6A West play than its 3-11 record would suggest.

“We want to be able to compete with everybody in our league,” Price said. “We want to make the postseason, earn a trip to play in our state tournament, but we really pride ourselves on being a great defensive team and finishing in the top three of defensive points per game average.”

“We’ll have to have a pretty balanced offensive attack and make five or six three-pointers per game, at least, without a lot of points being scored in the paint. Turn our opponents over, get extra possessions, hit five or six threes, and I think we’ll be all right.” — Jeremy Price