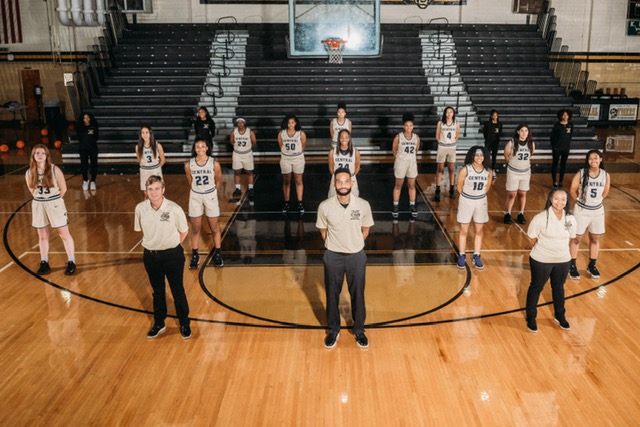 Over the next few weeks, SBLive Arkansas will break down every 6A boys and girls basketball team in the state entering the 2020-21 season. Here’s our look at the Little Rock Central Tigers girls.

Conference record: 3-11 (tied for sixth place in 6A Central)

An Arkansas State signee, Pendleton averaged 14 points, three rebounds and one assist per game last season. She is the Tigers’ team captain and one of the top players in 6A. “Lauren is really dynamic and really good with the ball in her hands,” Williams said. “She’s shifty, can score off the bounce, and she looks the part. She’s just a really, really good player.”

After dealing with injuries the past two seasons, Smith is healthy and primed for a breakthrough senior year. She is a strong student with an excellent basketball IQ. “Elyse is going to be very big for us,” Williams said. “She’s a steady, smooth guard. She’s also really crafty and is sneaky athletic.”

A versatile junior, Jackson has experience starting at the varsity level and is coming along in her development. Williams said Jackson can play nearly every position on the floor. “She is good at everything, and probably her biggest strength is just being a slasher,” the coach said. “She can step out on the perimeter and is also a good shot-blocker, defender and passer.”

Marshall has excellent size as a freshman guard and could be one of the Tigers’ most important pieces by season’s end. “She’s a freshman, so she’s just like clay right now,” Williams said. “She’s getting better and better and is figuring things out. Her development is obviously going to help our team a lot.”

The Tigers finished 3-11 in 6A Central play a season ago, but new coach Marlon Williams inherited a roster that wasn’t devoid of talent. Lauryn Pendleton is a Division I guard, and Williams believes in the complementary pieces surrounding her.

“In the past, Lauryn hasn’t had as much help,” Williams said. “But this year, hopefully we will have more balance.”

Williams listed versatility on the perimeter as one of Central’s biggest strengths. He believes the team has a very high ceiling.

“We are playing at a little bit of a faster pace than they are used to,” Williams said. “Offensively, I think versatility is a big deal, so we are playing to that and trying to find good matchups.”

While large in the backcourt, Central doesn’t have as much size in the paint. That likely will be an issue against a few of the 6A Central’s top teams, but the Tigers’ guard play should keep them in contention for a state tournament bid.

“I’m super excited about this season and I really enjoy our kids. They have done a great job of buying into what we’re trying to establish here. I’m tickled to death to be here.” — Marlon Williams