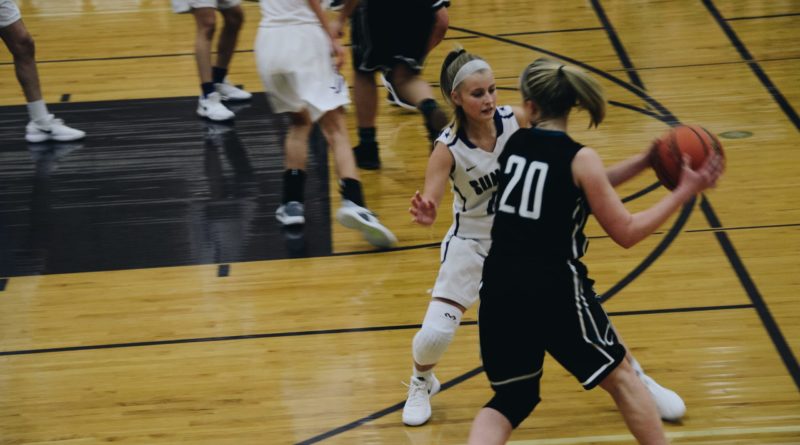 Over the next few weeks, SBLive Arkansas will break down every 6A boys and girls basketball team in the state entering the 2020-21 season. Here’s our look at the Little Rock Southwest Gryphons girls.

Bridgewater plays point guard and made an immediate impression on the coaching staff during preseason practice. “She is going to be the glue of the team,” Johnson said. “She hustles and she has leadership capabilities. She plays hard for all 32 minutes.”

Brown, also an undersized junior guard, has a skillset that compares favorably to Bridgewater’s. “They are about the same height and play hard,” Johnson said. “Raven is also a decent outside shooter. Not great, but decent.”

Though lacking ideal height, Yarbrough has proven to be a capable two-way forward for the Gryphons. “She is an undersized post player, but she’s going to be just fine,” Johnson said. “It’s just going to take a little bit more work and experience.”

Johnson was selected to coach the Little Rock Southwest girls program after spending the previous two-plus decades as the boys head coach at Little Rock Fair. He won state championships in 2000 and 2003 at Fair and collected a 1997 girls state title while coaching at Little Rock Hall.

The brand-new Little Rock Southwest is comprised of students from Hall and the now-closed Fair and McClellan. Getting players from different schools to buy his message has been Johnson’s primary concern during the early portion of the season. Limited practice because of the COVID-19 pandemic hasn’t helped.

“The kids are working hard, and that’s the most important thing,” Johnson said. “I’ve got to merge all these philosophies into one, and if I can do that, it will be an accomplishment for me this year.”

Johnson said the team has solid quickness at the guard position but is severely undersized in the paint. That will be an issue against many teams in the 6A Central, but Johnson has a smaller goal for his group of players this season.

“If we can win 10 games overall, that’ll be a successful year,” he said. “I came up with that in my head after looking at the schedule in nonconference and conference, because I know conference is going to be hard. If we can win three or four in conference, I will be satisfied.”

“We’re not going to back down from anybody, and we’re going to go out and play hard.” — Charlie Johnson