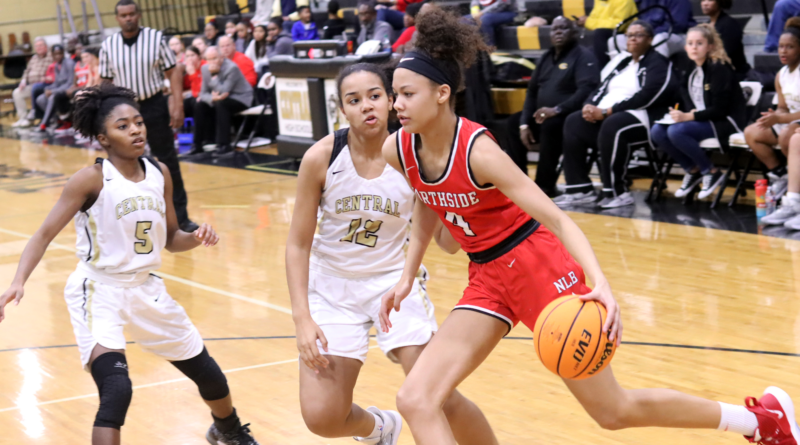 Over the next few weeks, SBLive Arkansas will break down every 6A boys and girls basketball team in the state entering the 2020-21 season. Here’s our look at the Northside Grizzlies girls.

One of the most decorated players in Arkansas prep basketball history, Wolfenbarger is rated the nation’s No. 7 recruit by ESPN for the Class of 2021. She has been a starter from Day 1 at Northside and averaged 18.8 points, 6.1 rebounds and 3.9 assists per game as a junior en route to her second Arkansas Gatorade Player of the year honor. Last month, Wolfenbarger signed with the University of Arkansas. “She was 5-foot-8 and 98 pounds when she arrived, and now she’s almost 6-foot-6 and still playing point guard,” Smith said. “She’s just an unbelievable talent, out of the norm. Unbelievable work ethic; she is just a program basketball player.”

An Oklahoma State signee, Bershers is a forward who can do it all on the basketball court. She averaged 15.4 points, 6.6 rebounds and 4.1 assists per game a season ago while earning all-state honors. Smith said Bershers might be the best three-point shooter he’s coached at Northside. “She has very, very good hands and feet, and kind of plays the stretch-four for us,” he said. “She’s a bigger body, but still plays the guard spot when we’re being pressed and trapped. She has a very high basketball IQ and is just an outstanding player.”

Releford grew up playing basketball with her three brothers and brings toughness to the Grizzlies. She also is receiving interest from college programs. “She is just a very, very physical, raw athlete,” the coach said. “Just an explosive and very powerful player.”

Coming off a broken foot, Ford is a strong defender who will be a key piece in Northside’s backcourt. “She is a good role player and a great spot-up shooter,” Smith said. “She is also an outstanding kid.”

Harris can play either guard position and is an excellent defender and spot-up shooter. Smith said Harris got in better shape during the offseason and could play big minutes for the Grizzlies. “This is going to be new for her, having an expanded role,” Smith said. “She didn’t get much varsity action last year, but she had a great summer.”

State championships are the expectation at Northside, which won its seventh title in 2019. Wolfenbarger and Bershers were sophomores on that team, and the two superstars would love to close their prolific high school careers with another this winter.

“Jersey and Tracey are the only two freshmen starters we’ve ever had at Northside,” Smith said. “They won the state championship two years ago as 10th graders — Jersey hit a game-winner against Bentonville. Then last year, we won 26 games and lost on a (late shot) in the semis. And this year we return three real, real good players, our three best players.”

The Grizzlies did lose three key pieces to graduation in Jazzlyn Coleman, Quinisha Tillery and Eriel West, but Wolfenbarger, Bershers and Releford are talented and experienced players. Filling in the roles around them are of paramount importance.

“We do have some young faces out there,” Smith said. “But I feel like this team is going to be capable of playing for a championship by season’s end.”

As Smith noted, Fayetteville ended Northside’s repeat bid in the state semifinals when Oregon State signee Sasha Goforth made a go-ahead layup with 11 seconds remaining. The Bulldogs held on for a 55-53 victory and wound up sharing the state title with Bentonville.

Few would be surprised if Northside and Bentonville are playing for all the marbles in March.

“We are just looking for consistency, because nothing has been consistent the entire year,” Smith said. “Our motto has been, ‘Expect the unexpected,’ so we’re just trying to go day by day and see what happens.”

“We are trying to stay in the moment, enjoy the opportunity we currently have and continue to get better. We are also trying to create some depth and figure out who our top eight to nine really are.” — Rickey Smith