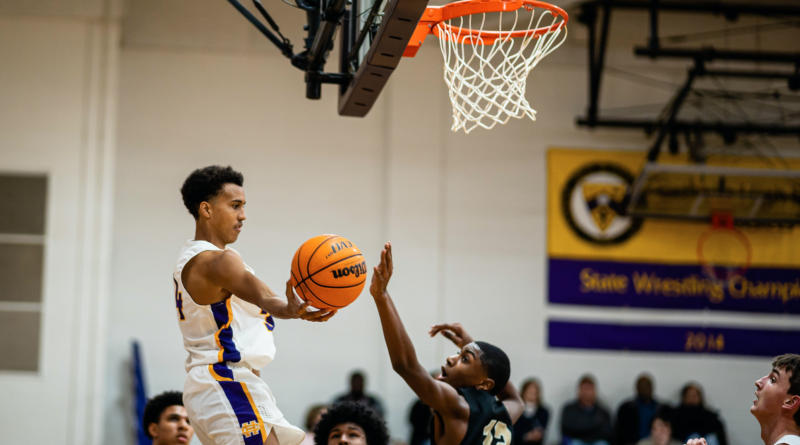 Over the next few weeks, SBLive Arkansas will break down every 6A boys and girls basketball team in the state entering the 2020-21 season. Here’s our look at the Catholic Rockets boys.

Washington is the only returning Rocket who played significant minutes a season ago. He is a versatile guard who can utilize his size in the paint. “He is long enough that he can go inside if we need him to, but his skillset is more of a guard than a post,” Ezzi said.

Biernat has a light amount of varsity experience and will be Catholic’s primary point guard. “He shoots it well and handles the ball pretty well,” Ezzi said. “He’s playing point guard for the first time, so he’s making some adjustments.”

Wright, a varsity newcomer, is slated to be a key post contributor for the Rockets. “He’s a big man and a real bouncy kid,” Ezzi said. “He gets off the ground well and rebounds well.”

A talented sophomore, Onyekwelu is a versatile player who can contribute in multiple ways on the court. “He’s not super experienced yet, but he’s given us some really good minutes so far,” Ezzi said. “We’re really looking forward to what he can do.”

The Rockets were more competitive in the 6A Central a season ago than their 3-11 conference record would indicate. Six of the team’s 11 losses were by 12 or fewer points, including consecutive road games to end the season against eventual state co-champions Conway and Central.

Unfortunately for the Rockets, all five starters and six other seniors were lost to graduation, leaving Ezzi with plenty of question marks entering the 2020-21 season.

“We’ve been making some young mistakes, but I’m seeing a lot of improvement in them,” the coach said. “I think a few months of varsity ball will be big.”

While Catholic is light on experience, the team does have solid depth at all positions. Size could be an issue against larger squads, but the Rockets do have the ability to mix and match.

“We’ve got a pretty athletic group with pretty decent size,” Ezzi said. “We’re just a young team and we don’t have a lot of guys that are proven, but we do have some talent.”

In a conference with state title contenders such as Central and North Little Rock, Catholic is not going to be in the 6A Central championship race this season. Ending the program’s five-year postseason drought is a realistic goal for the Rockets.

“We want to go out and compete and give ourselves a chance to win every conference game we play in,” Ezzi said. “It’s a really tough conference, but I think with the group we’ve got we can be competitive with anybody. You never know what can happen if you can stay in the game and hit some shots.”

“We’ve got almost everybody coming back, so that is exciting for next year. I think these guys are going to be good when they get some varsity experience.” — Todd Ezzi