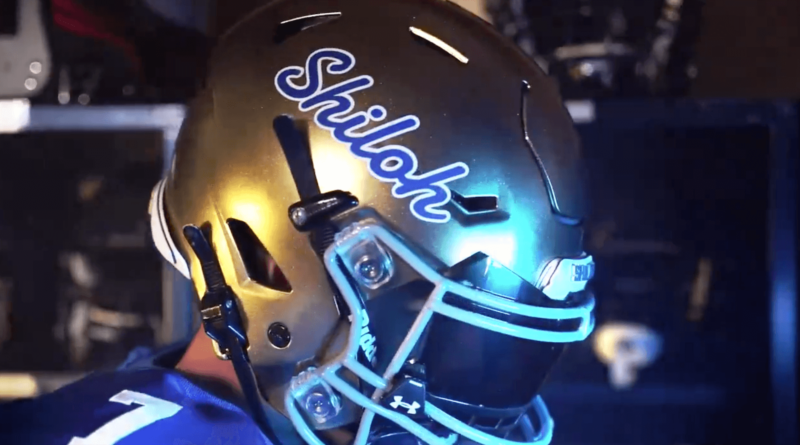 Twenty-four Saints seniors had just seen an undefeated championship season snatched away from them by the Senators. That scene from the deflated locker room and the bus ride back to Springdale was on Tutt’s mind as he prepared for his senior season.

“(The loss) is a ton of motivation and has been on our minds since the offseason,” Tutt said. “Every time we lifted weights and worked out, we were thinking about it, and with the season up in the air with COVID, it was there.

“We have been focused, but that memory of losing has been on the forefront of our mind, and we have carried that with us throughout the year.”

Tutt is one of 10 seniors who have helped lead the Saints back to the state title game. Shiloh Christian (13-1) will meet Rivercrest at 12:10 p.m. Saturday at Little Rock’s War Memorial Stadium.

“I think it was easy to look at our team and call it a rebuilding year because we lost so many seniors, and of our 10 seniors, only two started as ninth-graders in junior high,” Saints coach Jeff Conaway said.

“We looked like a young, inexperienced team. Quite honestly, I didn’t know if we would be in this position, but this is a direct reflection of our seniors maximizing their effort and going above and beyond in the weight room and offseason.”

The Saints have dominated from the season opener, when they smacked former conference rival Pea Ridge 47-14. Shiloh Christian lost to Sand Springs, Okla., 27-26 in Week 3 and hasn’t lost since. Sand Springs reached the quarterfinals of the Oklahoma 6A state playoffs.

“There were a few (defining moments) this season, but that first game against Pea Ridge was critical, playing against an old conference foe who has moved up to Class 5A,” Conaway said. “We barely beat them last year, so that was a huge step in the right direction and showed we had a lot of confidence playing with a lot of young guys.”

After being only mildly tested in conference play, Shiloh Christian has dominated its four 4A playoff opponents, allowing 31 points and smashing previously undefeated Stuttgart 56-7 at Champions Stadium in Springdale last week.

“Stuttgart was averaging 40 points per game and only giving up 10 points per game, and we really played together as a team, and it just showed how much we want (a state championship),” Conaway said.

Shiloh Christian has relied on numerous young players to fill the holes left by last year’s graduated seniors. Sophomore quarterback Eli Wisdom has been one of the shining stars, passing for more than 2,000 yards and rushing for more than 1,000.

“The special thing about Shiloh is they move up every ninth-grader for the postseason, so those freshmen felt (the state championship loss),” said Tutt, who returned a fumble 63 yards for a touchdown in the rout of Stuttgart.

“All of these sophomores have motivation because they were a part of it and saw it, too. (The seniors) may have a bigger chip on our shoulders, but the freshmen are competitors, too, and they have that same exact mindset of wanting to win.”

The only hurdle in the way of the Saints avenging last season’s loss is an undefeated Colts team. Shiloh Christian saw its share of athleticism in playoff wins against Malvern, Dumas and Stuttgart, but Rivercrest might be at an even higher level.

Colts senior Kam Turner is a two-way phenom who also stars on special teams. He has passed for 2,873 yards and 37 touchdowns and rushed for 1,761 yards and 24 scores. He’s among the team’s leading tacklers on defense.

“It’s the same process we have done preparing all season — we want to make sure we play to our strengths and find any weaknesses, if they have any, and attack,” Conaway said. “They’ve got some really good athletes and the most speed we have seen all season. We know we have our work cut out for us. We have five battles to win, and we need to prepare well, and more importantly, we have to perform well. It doesn’t matter if you prepare well if you don’t perform.

“We just need to keep a healthy balance. This is a high school football game and not the Super Bowl. We need to remember that and have some fun.”

That’s advice Tutt will try to take to heart as he realizes his football career is coming to an end. He acknowledges he was emotional last week playing his last game at Champions Stadium, a venue where many Saints teams have dominated on the way to Little Rock.

Tutt, who owns a 3.6 GPA, won’t play college football. He most likely will head a few miles south to Fayetteville to attend the University of Arkansas next fall. He desperately wants to ensure that his final prep game ends in jubilation and not with the empty feeling of last year.

“It obviously was unpleasant in a lot of ways for me as a junior,” Tutt said. “It has just been fuel for me this year to not let it happen again.

“It was really hard for that senior class. I think I speak for the rest of the seniors when I say that unpleasant feeling has been good motivation.”