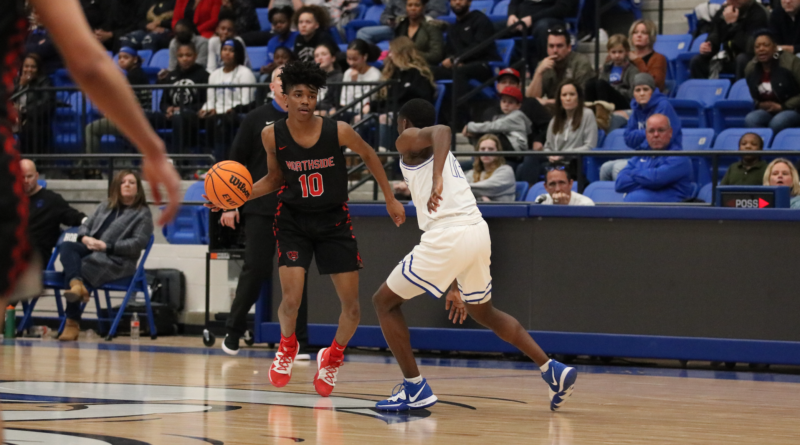 Over the next few weeks, SBLive Arkansas will break down every 6A boys and girls basketball team in the state entering the 2020-21 season. Here’s our look at the Northside Grizzlies boys.

A starter since his freshman year, Joe is one of the state’s top shooters. He is the younger brother of Isaiah Joe, who played two seasons for the University of Arkansas and was selected 49th overall by the Philadelphia 76ers in last month’s NBA draft. “Jacob’s the guy I’m wanting to be the leader of the whole team because he’s been there, done that,” Burnett said. “He’s going to score some for us and we’re also looking for him to be a leader defensively.”

A two-time all-state selection while playing for Fayetteville, Releford is now at Northside for his senior season. He’s a skilled big man who contributes on both ends of the floor. “He can hit the jumper from 10 feet out and he’s a hoss inside when it comes to posting up,” Burnett said. “So, he can play in and out, and he can also handle the basketball a little bit.”

Whitmore is a talented sophomore who has impressed the coaching staff with his ability to hit the offensive glass. “He’s been used to playing inside mainly, but I’m trying to get him to develop some outside game,” Burnett said. “He’s just a guy that has a knack for offensive rebounds. He’s always right there to put it in.”

Another big body for the Grizzlies down low, Wright is a senior who will be a bigger part of the team this season. “Jordan is pretty athletic at 6-7,” Burnett said.

Northside graduated every rotation player from last season’s state semifinal team except Jacob Joe, but expectations remain sky-high for the Grizzlies. The team has excellent size across the board and the addition of Releford will help replace Jaylin Williams, an all-state forward who now plays for the Arkansas Razorbacks.

“Right now, the biggest problem we have is experience,” Burnett said. “Trying to put the pieces together has been a challenge … and we’ve got to get some good guard play.”

Two Grizzlies — Ian Hardwick and Sundquist Church — are sidelined with wrist injuries, but both players are expected to be back in time for conference play. The team also is working seven football players into the fold for added depth.

“Normally I don’t count on football players that much because the basketball guys are in the gym more,” Burnett said. “But this year I’ve got a lot of football guys to count on.”

Replacing the entire varsity rotation outside of Joe will be a challenge, but Northside has more than enough talent to be right back in the Final Four. Burnett said he feels really good about the team’s trajectory.

“I think once we get enough practices in, just getting the football guys in, once I get them in shape and we put it all together, I feel like we’ve got a chance to be in the top part of the conference,” Burnett said.

“Defensively we are not where I’d like for us to be at, but we’re getting there. We’ve shown some signs of being good defensively, we just have to get on the same page.” — Eric Burnett