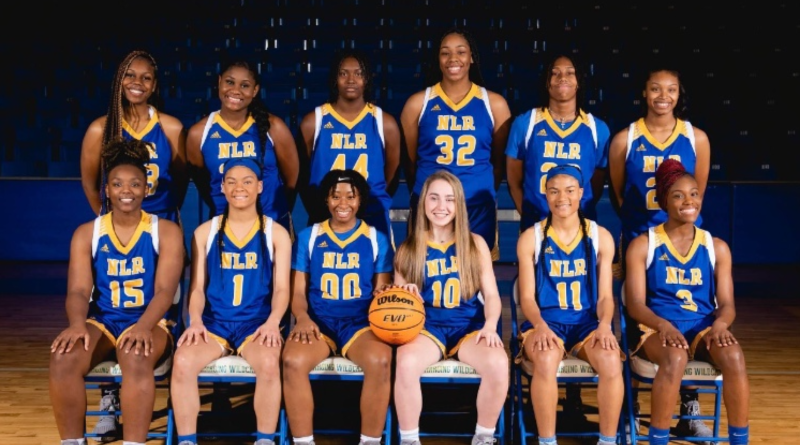 Over the next few weeks, SBLive Arkansas will break down every 6A boys and girls basketball team in the state entering the 2020-21 season. Here’s our look at the North Little Rock Charging Wildcats girls.

Conference record: 8-6 (tied for fourth place in 6A Central)

A four-star prospect in the Class of 2022, Williams is a physical low-post player who excels on both ends of the court. She averaged 13.6 points, 11.3 rebounds and 2.6 blocks per game during her junior season at North Little Rock. “She draws a lot of attention and is a great passer,” Fimple said. “She will have to stay on the floor and stay out of foul trouble.”

Freeman, a seasoned backcourt player, brings big-time energy to the Charging Wildcats. “She creates plays for others, and we really need her on the floor for her experience and leadership,” Fimple said.

Duckworth is a do-everything forward who meshes well with North Little Rock’s other returning players. “She is a really good rebounder who can push the ball herself,” Fimple said.

Edwards was an impact player as a freshman who impressed the coaching staff on offense. “I thought at the end of last season, she was our best offensive player,” Fimple said.

In her first varsity start early this season, Hicks filled up the box score with 10 points, four rebounds, three assists and a steal. “She does a great job of pushing tempo from the lead guard spot,” Fimple said.

A long, athletic guard, Foster is a quality defender who recently signed with University of Arkansas – Fort Smith. “She is a great athlete with the ability to shoot the three,” Fimple said.

Another senior guard, Fimple is a valuable role player for the Charging Wildcats who can play on both ends. “We are really counting on her to create space with her ability to shoot it from deep,” coach Fimple said.

With no seniors in the rotation, North Little Rock clawed its way to a fourth-place 6A Central finish and a state quarterfinals appearance a season ago. Twelve players — including all five starters — are back for the Charging Wildcats, who have won four state titles in the past 15 years (2006, 2010, 2016 and 2018).

Williams is one of the state’s most dominant forces, and the junior forward is flanked by several other talented playmakers. Along with the returners mentioned above, coach Fimple also is counting on contributions from sophomores Jemya Brown — the team’s top outside scoring threat — and Garin Freeman and juniors Kyriana Jones and Jasirae Vick.

“We have a lot of kids that can score the ball on all three levels of play,” coach Fimple said. “Our style of play will be uptempo with pressure man-to-man defense and the ability to play different ways offensively.”

With so many capable players, the Charging Wildcats are going to have a balanced offensive attack with many players receiving shots throughout a game.

If North Little Rock is able to do that, the team should be a state title contender the next two seasons.

“Every year at North Little Rock, the goal is to win the conference and chase the dream of a state championship.” — Daryl Fimple