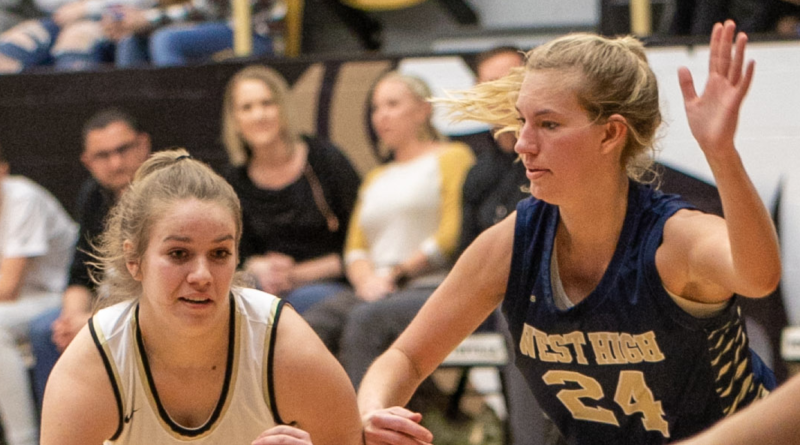 Over the next few weeks, SBLive Arkansas will break down every 6A boys and girls basketball team in the state entering the 2020-21 season. Here’s our look at the Bentonville West Wolverines girls.

An out-of-state transfer, Musson impressed the coaching staff during preseason practice. She is capable of playing point guard or shooting guard. “She’s a good shooter and a very heady player,” Richardson said.

Dyson started at point guard as a sophomore and is expected to take another step this winter. She has missed the early portion of the season with a high ankle sprain but should be back around Christmas. “She’s a very quick, tough kid who is just a tough nut,” Richardson said.

Phillips is another returning starter who is strong on offense and defense. “She’s a shooting specialist for us and a tremendous defensive player,” Richardson said.

The Wolverines have just three seniors in Musson, Phillips and Kylee Renick, but Richardson said there is a good batch of sophomores and juniors in the program. The young team should continue to improve as the season progresses.

“I anticipate being competitive in our conference this year by the time we get to conference play,” Richardson said.

Size could be an issue for Bentonville West in matchups with teams that have a true interior post presence. Richardson said the Wolverines’ tallest rotation player stands 5-foot-10.

“When you’re short, you better be able to shoot the ball,” Richardson said. “And I think we’ll be a good perimeter shooting team. We also do a good job of sharing the ball.”

Entering its fifth season since the school’s founding, Bentonville West has appeared in one state tournament. The team’s goal is to make it for the second time this winter, a tall task in the treacherous 6A West. The Wolverines should be more competitive this season, but a state tournament berth is still likely a year away.

“We’re going to have to play outstanding defense and limit our turnovers and shoot the ball well,” Richardson said. “Easier said than done.”

“Our young kids are going to have to grow up some to compete in 6A West, but I have total confidence in them.” — Randy Richardson