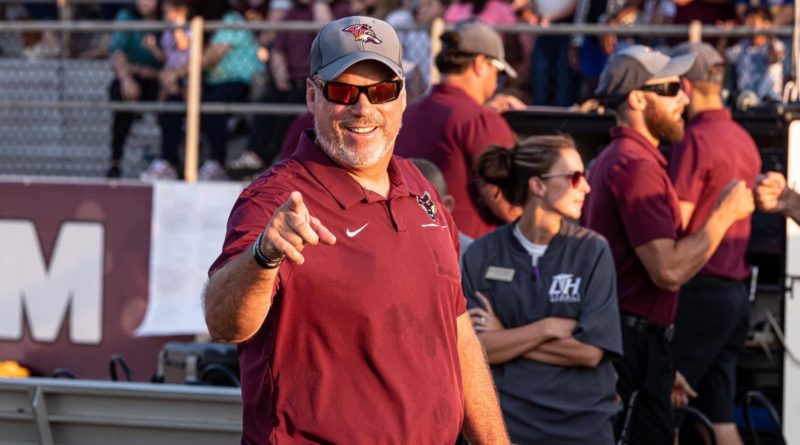 Jerry Clay was the head football coach at Lake Hamilton for three decades, but for Tommy Gilleran, it might have seemed longer.

Gilleran, a former Lake Hamilton tight end, dreamed of returning as the head coach at his alma mater. Clay’s sustained success kept that job out of reach, however. Clay was 212-15 at Lake Hamilton and led the Wolves to state titles in 1992 and 2008.

When he did retire after the 2015 season, Gilleran was ready.

He had guided nearby Fountain Lake High School to great success for 15 years, leading the Cobras to a 3A state runner-up finish in 2008 and the state title in 2009. During a six-year stretch, Fountain Lake finished either in the semifinals or the title game every season.

“I liked it at Fountain Lake a lot — it’s my wife’s alma mater, so it was very special,” Gilleran said. “We were winning, but I was keeping an eye on Lake Hamilton, wondering if Jerry was getting close to retiring.”

Even though Gilleran had impressive credentials and ties, Lake Hamilton hired Jeremy Reed, who had coached at Altus, Okla., to succeed Clay. Reed coached the Wolves for one season.

That’s when Gilleran received the call he’d been waiting for.

“It was a pretty hot job, and (Reed) beat me out, but (Lake Hamilton) called me back,” Gilleran said.

Standing by for one more year was worth it.

“For me, it was coming home,” said Gilleran, a 1988 Lake Hamilton graduate. “I had been waiting, but with Jerry there for 30 years, I didn’t have a chance to come home fast. It was a big deal for me coming home to my alma mater.”

Four years later, he appreciates his dream job even more as he’ll lead the Wolves into their first state title game since 2011 when they take on conference foe Greenwood on Saturday night at Little Rock’s War Memorial Stadium in a highly anticipated regular-season rematch.

“It’s even bigger now that we are playing for a state title,” Gilleran said.

While Gilleran was thrilled to land the job, he had a lot of work to do. Clay “didn’t leave the cupboard bare,” but the school was going through a down cycle in talent as Clay endured a rare losing season in his final campaign.

Reed went 6-5 in his lone season in Pearcy, and Gilleran found a depleted roster following his departure. Gilleran, who played on the offensive line at Arkansas Tech, inherited only 45 players. That number grew to 80 in his first season and was up to 90 this year.

Gilleran, the winner of the national 2019 Gatorade Coaching Excellence Award, acknowledges he had to recruit several players from the hallways. Four years later, many of those players have become fond of his caring, Christian demeanor, and word has spread among prospective players that Gilleran does indeed care about his players. He conducts an FCA meeting every Monday and said he has “sewed many seeds and opened some doors” with many Wolves.

Gilleran observed that the Wolves’ weight room habits lacked, so he revamped the strength training regimen.

The veteran coach also installed his trusty Wing-T, run-oriented offense he’s deployed since he took his first coaching job at tiny Hector. The scheme is based on misdirection and pinpoint blocking. Gilleran has realized over the years that the system, which is rare in Arkansas high school football, can aid a team that might not be as physically talented. The ability to execute the fakes and misdirection is “an advantage.” The other advantage is teams rarely see the offense, and it is difficult to prepare for.

With everything in place, Lake Hamilton has enjoyed quick success. After two 5-6 seasons, the Wolves finished 9-3 in 2019 and were eliminated in the Class 6A state quarterfinals by West Memphis.

“I think last season we kind of turned the corner,” Gilleran said. “We were 8-0 and our quarterback broke his foot in the eighth game. We ended (the regular season) with Benton and Greenwood, which is tough, and lost to West Memphis by four.

“I could see it coming together. We had all of those kids back, and they really worked hard in the summer to get ready. They were motivated by last season and knew we could be really good this year.”

Junior running backs Tevin Woodley and Owen Miller each has run for close to 2,000 yards. Classmate Grant Bearden conducts the Wing-T to perfection at quarterback with more than 600 yards passing and only two interceptions.

Those three helped the Wolves carve through the competition early this fall, rolling to another eight-game win streak to start the season with a game against Little Rock Parkview canceled because of COVID-19.

The Wolves (11-1) lost a seesaw affair to Greenwood in the regular-season finale in Pearcy. Lake Hamilton led at halftime, and the lead traded hands in the second half. The Wolves had a chance to take the lead late but fumbled in Greenwood territory. The Bulldogs held on, 38-28, with a late touchdown coming on a turnover with just seconds left.

“It shows we can play with them,” Gilleran said.

Gilleran is attempting to become one of three active coaches to win a state title at more than one school. White Hall’s Bobby Bolding won with Stuttgart and Pine Bluff, and Buck James has done it at Camden Fairview and Bryant — the Hornets will try for their third consecutive Class 7A title Saturday afternoon.

For Gilleran, there’s no question the second title — for his alma mater — would mean a little bit more than the first.