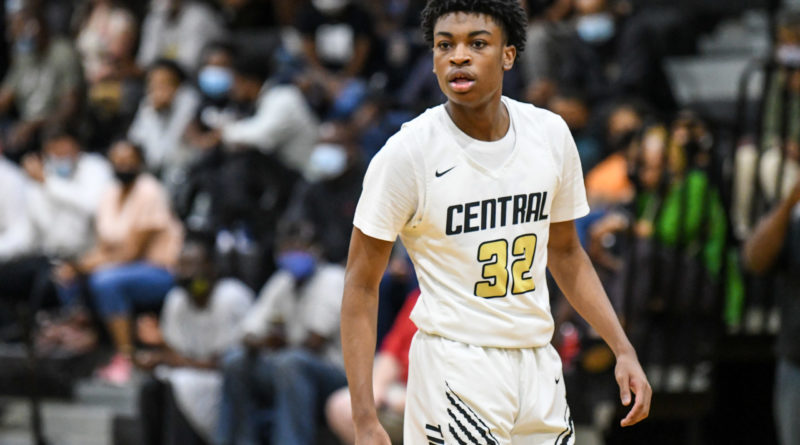 Over the next few weeks, SBLive Arkansas will break down every 6A boys and girls basketball team in the state entering the 2020-21 season. Here’s our look at the Little Rock Central Tigers boys.

Camper is a versatile senior guard and one of the state’s top returning players. He averaged nearly 13 points per game a season ago en route to all-state honors. “He’s just a real smart kid who can do a bit of everything,” Ross said. “Rebound, assist, defend, score, shoot. He’s just an all-around good player.”

The Tigers’ top threat from beyond the arc, Robinson was a 53 percent three-point shooter over the team’s final 18 games last season. He made the all-state tournament team and is poised for a breakthrough junior campaign. “What opened up his shooting is he started taking the ball to the paint more towards the end of the season,” Ross said. “He will also take a charge and make a steal on the defensive end.”

At 6-foot-5 and 230 pounds, Hudson is Central’s top returning big man. Hudson also has a 35-inch vertical leap, making him a big-time dunker and rebounder with a refined low-post game. “He was huge down the stretch last year, defending Jaylin Williams from Northside who is now at Arkansas,” Ross said. “He was very pivotal on defense for us to win that game.”

An all-state point guard last season for North Little Rock, Warren is now running the offense at Central. Warren, who already holds double-digit Division I scholarship offers, scored 32 points in the Tigers’ season-opening victory over Jacksonville. “He’s got big-time scoring capabilities and he can do it at all levels,” Ross said. “We’re expecting him to have a big year.”

A transfer from Baptist Prep, Likens is another three-point shooting threat for defenses to worry about. “But what’s really surprised me about him is that he’s our leading rebounder (so far) and that he’s a guy who gets steals and deflections,” Ross said.

One of the nation’s top recruits for the class of 2024, Boateng already holds a University of Arkansas scholarship offer. Ross said Boateng is a phenomenal athlete and has an advanced skillset for a kid his age. “He can really do everything,” Ross said. “Can really handle and pass it, is developing an outside shot. Just huge potential out of him for a really young guy.”

Central put it all together late last winter, winning its final four 6A Central games to earn a share of third place in the conference. The Tigers then started 3-0 at the state tournament — defeating Har-Ber and Northside by a combined four points — to reach the title game.

Conway and Central never got to settle it on the court because of the COVID-19 pandemic, but the Tigers certainly felt good about the way they played down the stretch.

“We got hot at the right time of the year and made a good run at the end of the season,” Ross said.

The Tigers have three key contributors back in Camper, Hudson and Robinson to go with two impact transfers. Boateng, a well-built freshman, could be the most talented player of the bunch.

While smaller than some of the top 6A teams, Central will be able to do a lot of switching on defense because of its overall length and athleticism. The Tigers played excellent defense down the stretch last season and should again be tough to score on this season.

“We are very versatile on defense because we’ve got a lot of 6-2-type kids that can switch,” Ross said.

Central arrived at the 2020 state tournament as an underdog but earned a share of the state title. This group enters the season as the clear-cut state championship favorite, but Ross knows it won’t be easy with several worthy challengers in 6A.

“We certainly want to compete for a state championship again,” Ross said. “We know we’re capable of doing it, it’s just a matter of us becoming the best we can.”

“We just need to jell as a team. We’ve got so many new pieces mixing in with the returning guys, just finding a rhythm and chemistry is big. We’ve got a lot of talent, but getting the right shot for the right guys at the right time is going to be key.” — Brian Ross