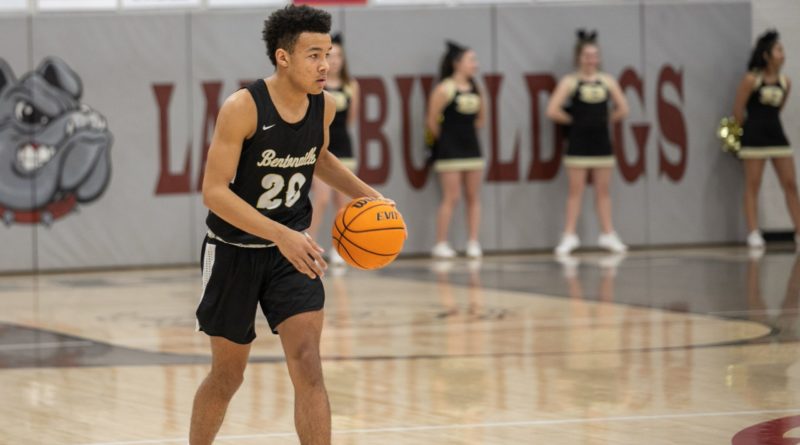 Over the next few weeks, SBLive Arkansas will break down every 6A boys and girls basketball team in the state entering the 2020-21 season. Here’s our look at the Bentonville Tigers boys.

A spark plug off the bench a season ago, Lee quickly became a fixture in Bentonville’s rotation after receiving the call-up from junior varsity in January. Lee is a strong outside shooter with excellent vision who could lead the Tigers in scoring as a sophomore. “He was probably our best player down the stretch last year,” Rippee said. “He’s got a really high basketball IQ and he’s really developed a lot offensively. He’s a really good athlete and a really good player.”

Spencer has been a varsity fixture since his sophomore season and received honorable mention all-conference honors as a junior. Rippee said Spencer is an energetic, vocal leader and one of the best competitors he’s coached. “He’s played with some really good players the last two years … and watched those guys lead the teams,” Rippee added. “And just being through the battles of a season the last two years experience-wise is something other players can draw from him.”

Another returning all-conference honorable mention recipient, Shanks is a do-everything guard with good size who can get it done on both ends of the floor. He has played point guard and shooting guard during his Bentonville career. “Hayden is also a really good shooter,” Rippee said. “He’s a really smart player that is a tenacious defender and competes. He just does a lot of good things for us, is just an all-around player.”

Hicks has excellent size on the perimeter and is a three-point specialist. Rippee said Hicks has put on about 25 pounds since his freshman season and is also quicker. “He still needs to gain some weight,” Rippee said. “We haven’t been able to play him as much because defensively he’s had trouble doing some things we’ve asked him to do, but he’s a great shooter.”

Hutchinson, grandson of Arkansas governor Asa Hutchinson, brings versatility to the Tigers as a solid three-point shooter who also can bang inside. He is a great finisher around the basket and can hold up against other big guys defensively. “He’s an inside-outside kid,” Rippee said. “Abel will be the primary post defender and does a lot of good things for us.”

“It’s the best depth in my four years at Bentonville, so we’re excited about that and this is a good year to have it because you can have guys missing on any given day or week,” Rippee said.

Bentonville has a roster full of shooters to run the team’s five-out motion offense. The Tigers don’t have a true post presence down low, but Rippee is confident that players such as Hutchinson, Hicks and Lee can compete inside.

“We’re just trying to make sure we’re developing our depth, and I think we try to play team basketball where we don’t have to rely on one person to do anything,” Rippee said.

Rebounding could be an issue for the Tigers as Freeman and Price, the 6A defensive player of the year, gobbled up many misses.

“We feel like we have some guys that can do it, but a lot of times last year a shot would go up and guys would expect Brayden to get it every time,” Rippee said. “We need all five going to rebound.”

Coming off a disappointing first-round playoff exit, Bentonville is aiming to finish in the top two of the conference and have a much deeper run in the postseason. With a deep roster full of versatile players, the Tigers should be right in the mix with 6A’s top teams.

“We finished last year playing as well as anybody,” Rippee said. “We have six of our top eight guys back who have been through a conference battle and experience is really important. So, yeah, we like our team, but everyone does this time of the year.”

“We just want everyone to buy-in to the team, and I think a lot of times that’s our strength. A lot of guys can be happy for one another’s successes, and it’s not always that way.” — Dick Rippee