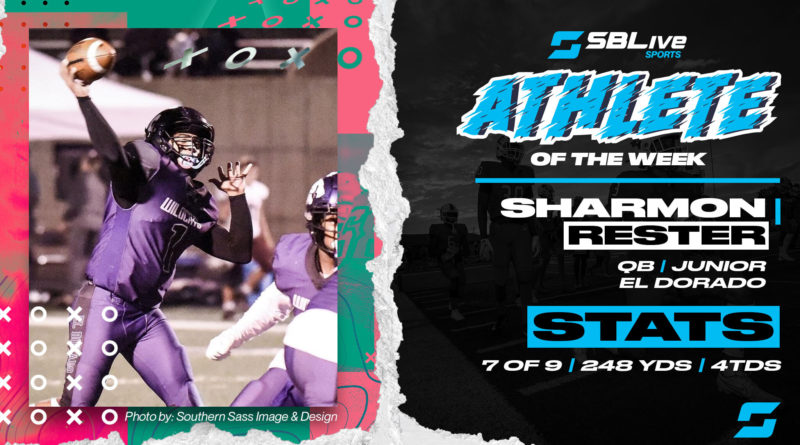 Rester was 7 of 9 for 248 yards and four touchdowns in the Wildcats’ win over Siloam Springs.

Rester received 32.92% of the vote, beating out Cabot RB Mason Bell, who finished with 25.9%. Little Rock Central K Harry Wikoff finished third with 16.4% and Morrilton RB Jackson Moll was fourth with 14.82%. There were more than 19,000 votes tallied this week!

We are currently accepting Athlete of the Week nominations for the week of Nov. 16-22. If you would like to nominate an athlete, please email regan@scorebooklive.com or tag us on Twitter or Instagram at @sbliveark.

And here are the other athletes who were nominated for Nov. 9-15:

Owen Miller, Lake Hamilton RB: Miller carried 24 times for 253 yards and had three touchdowns in a win over Sheridan.

James Jointer, Little Rock Parkview RB: Jointer averaged more than seven yards per carry, finishing with 148 yards and a touchdown in the win over Searcy.

Hunter Wilkinson, Greenwood RB: Wilkinson ran for 119 yards and had three touchdowns in the Bulldogs’ win against West Memphis.

Ashton Droemer, Magazine RB: Droemer had 144 rushing yards and three touchdowns in a win over Hazen.

Chase Gibson, Cabot LB: Gibson had three tackles, an interception and a forced fumble in the Panthers’ 48-14 win over Rogers.