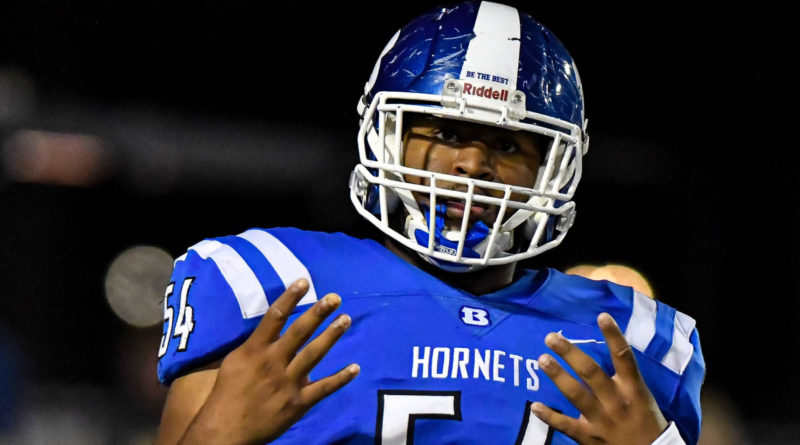 Here are SBLive’s Top 20 Arkansas high school football rankings for the week of Nov. 9. These are the final rankings of the regular season. We’ll release one final Top 20 at the conclusion of the playoffs.

Bryant beat No. 6 Conway 70-33. The Hornets will carry a 26-game win streak into the playoffs.

Bentonville beat No. 12 Bentonville West 44-7. The Tigers dominated their rival.

North Little Rock beat No. 8 Cabot 48-31. Fredrick O’Donald scored on a ridiculous 35-yard touchdown run in the win. Watch below.

Greenwood beat No. 7 Lake Hamilton 38-28. A late comeback by the Bulldogs clinched a 6A West Conference title.

Conway lost to No. 1 Bryant 70-33. The Wampus Cats had a tough time with Arkansas’ No. 1 team — just like the rest of the state. No Arkansas opponent has played Bryant close in 2020.

Lake Hamilton lost to No. 5 Greenwood 38-28. Could we see a postseason rematch?

Cabot lost to No. 3 North Little Rock 48-31. The Panthers had a few bright spots against NLR but ultimately came up short.

Benton beat Van Buren 60-53. The Panthers won thanks to a 47-yard touchdown screen pass on fourth down from Garrett Brown to Casey Johnson with 31 seconds left.

Bentonville West lost to No. 2 Bentonville 44-7. The Wolverines couldn’t keep up with their rival after leading briefly early.

Rogers beat Rogers Heritage 49-28. The Mountaineers won the rivalry matchup for the sixth year in a row.

Harrison beat Pea Ridge 49-28. The win secured a 5A West Conference championship for the Goblins.

Shiloh Christian beat Huntsville 47-6. The Saints won the 4A-1 title for the third consecutive year and 17th time in program history.

Dropped out: Arkansas (Texarkana) and Arkadelphia

Moved in: Robinson and Fayetteville