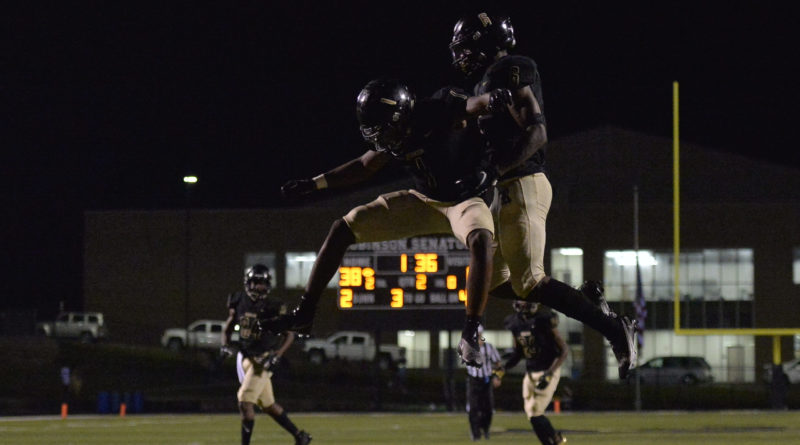 The Badgers had to work for it, but they pulled out a win over previously No. 3 Ashdown with 27 points to spare. With only five games under their belts, they’re still in a race to reach peak form by playoff time. If they can pull it off, they might be the team to beat in 4A. They face two more solid but very beatable teams in Bauxite and Malvern.

The Saints also took care of business against a playoff contender with a 48-28 win over Elkins. Shiloh Christian plays host to Gravette this week.

The Senators absolutely crushed Bauxite last week, winning 52-3. This week they face a dangerous Ashdown squad that pushed No. 1 Arkadelphia for three quarters and could have finished with a much smaller margin of defeat than 27 points. Ashdown defeated Nashville the week after Nashville beat Robinson.

The Scrappers beat winless Harmony Grove last week, as expected. This week they face Malvern, which is inconsistent but quite dangerous.

Stuttgart has played a relatively easy schedule, but things are about to get real before the playoffs start. The Ricebirds finish the regular season with Lonoke and then surging Central Arkansas Christian.