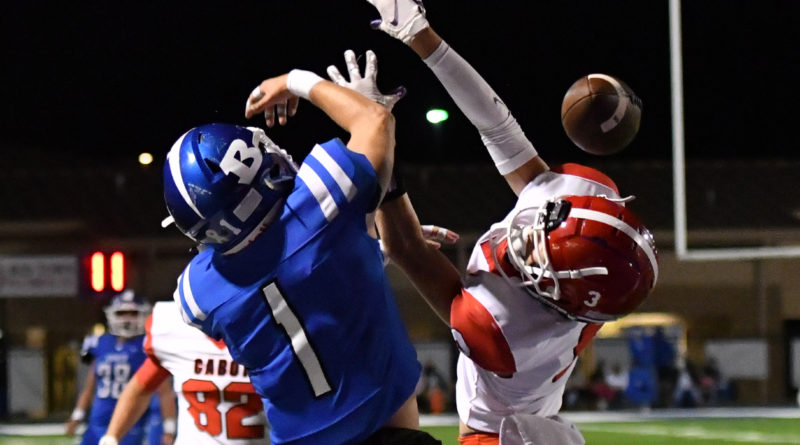 Our statewide football rankings, which span all classifications, are released every Monday throughout the 2020 high school football season. The rankings are compiled by SBLive reporters Connor Morrissette, Bodie DeSilva and Lance Smith.

Bentonville beat Rogers 74-21. Tigers quarterback Andrew Edwards threw for three touchdowns and ran for two — all in the first half.

Benton lost to No. 5 Greenwood 42-28. Quarterback Garrett Brown threw a terrific touchdown pass in the loss. Watch below.

Wynne beat Paragould 48-0. The Wildcats dominated from start to finish.

The Hurricanes beat Searcy 48-14. Charlie Long’s rushing touchdown for Jonesboro made the score 48-14 in the third quarter.

Arkadelphia beat Ashdown 47-20. Jaishon Davis had a huge night for the Badgers.

Fort Smith Northside lost to No. 2 North Little Rock 45-7. The Grizzlies turned the ball over six times in the loss.

Harrison beat Morrilton 35-34 in double overtime. An extra point in the second overtime was the difference.

Shiloh Christian beat Elkins 49-28. The Saints trailed 21-0 and came back to win.

The Razorbacks took down Lakeside 21-14 on Oct. 9. Interceptions by Graydon Martin and Naijah Taylor set up Texarkana to come back from a 14-7 halftime deficit.