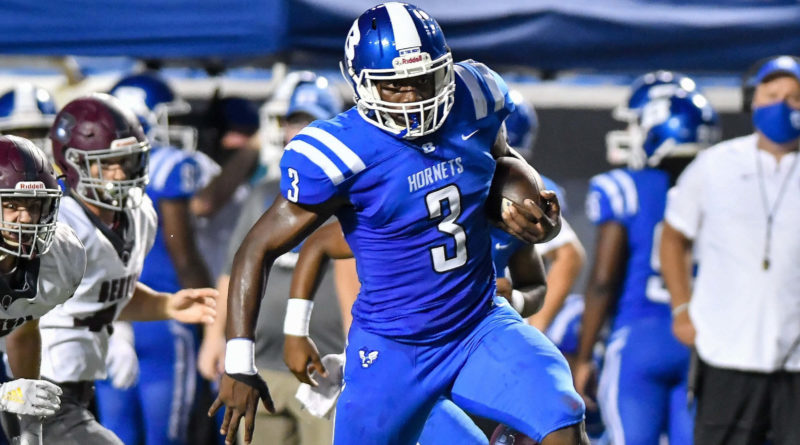 Last week’s 70-0 victory against LR Southwest was among the most lopsided of the season in Arkansas. That’s just another day at the office for Bryant. This week the Hornets face one of the most dangerous teams in the state in Cabot, but they will be heavily favored.

Every week this season has brought an impressive victory against a strong opponent for the Charging Wildcats, but last week’s 49-10 rout of Catholic was among their best yet. North LR will need to be up to its usual standards to ensure victory against Fort Smith Northside this week.

Speaking of impressive victories, Bentonville beat a strong Fayetteville squad by a whopping 45 points last week. In yet another big-time 7A showdown this week, the Tigers take on Rogers.

Continuing with the theme of blowouts against legit 7A playoff teams, Conway just routed Northside 48-12. It faces another solid, albeit struggling, conference foe in LR Central, but the way the Wampus Cats have been playing lately, they must be considered substantial favorites.

After a 5-0 start, Cabot is in the midst of arguably the hardest stretch of games any team will face this season. The Panthers picked up their first loss the week before last, are coming off an open week and now face none other than Bryant. They would have to defy enormous odds to even come close to beating Bryant, and if it doesn’t go well, Cabot needs to rebound immediately for showdowns with Northside and North Little Rock.