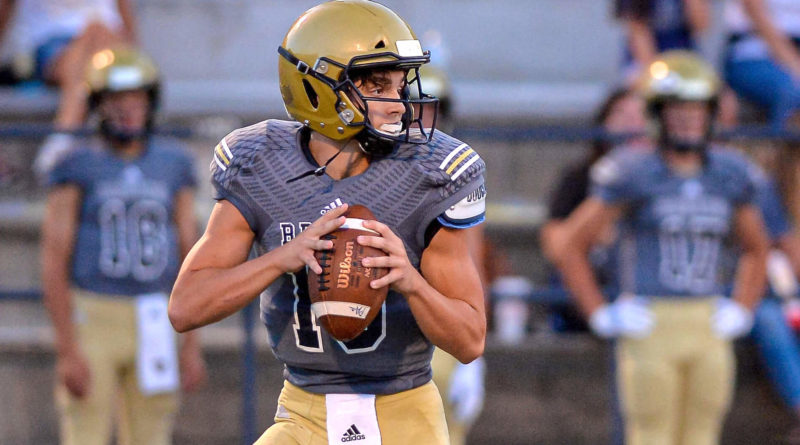 Here are the 5A rankings as compiled by SBLive reporters Connor Morrissette and Lance Smith.

The Bruins notched one more super impressive out-of-state win — as if having two weren’t enough. PA knocked off Tyler Legacy 50-25, eventually pulling away to win comfortably. This week brings one of its biggest threats to the throne, LR Christian.

It continues to look highly likely that the Yellowjackets end up as one of the only teams in the state to run the table this regular season. Perfectly fitting for a program called Wynne. After breezing past Batesville last week, the Yellowjackets take on talented but struggling Paragould (1-7).

This is presumably the opponent LRCA has waited for all season — Pulaski Academy, which could very well be a final preview. Even on an impressive three-game win streak, the Warriors are a heavy underdog. But this game might be a perfect learning experience for them with the playoffs looming.

All was clicking on both ends last week for Harrison in a big win over Vilonia. This week the Goblins face another under-the-radar playoff-caliber squad in Morrilton.

It’s unfortunate that the Razorbacks have only gotten to play four games this season, but it’s safe to say they’ve made the most of those four games. Hopefully Texarkana can play the remaining three games on its schedule to be in rhythm for the postseason. After a week off, the quest continues this week against Hot Springs.