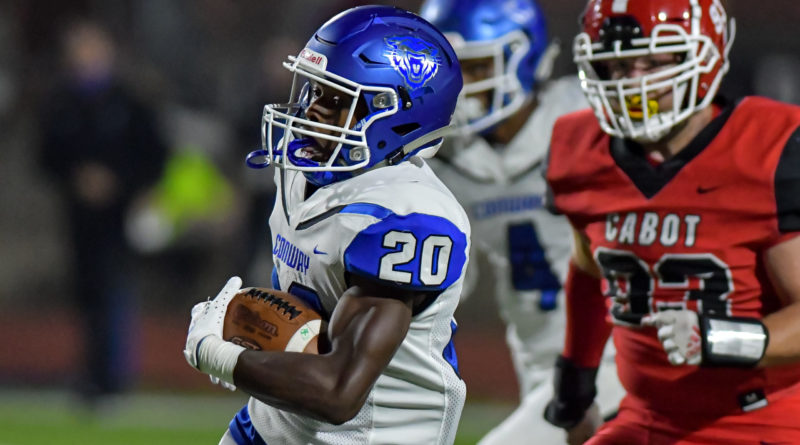 Last week was another day at the office for Bryant, which breezed past another formidable team in Catholic. This week, the Hornets are likely to rout LR Southwest.

North LR’s game last week against LR Southwest was canceled. The Wildcats are scheduled to play Catholic this week.

One of the state’s only 6-0 teams, Bentonville has been lights-out this season, as expected. Despite their difference in record, the Tigers need to be careful this week going up against Fayetteville, which might be the best 1-4 team in the state after having played such a difficult schedule.

Last week featured one of the games of the year in Arkansas as Conway outlasted Cabot 52-49. For that, Conway has snatched Cabot’s fourth spot in our rankings. This week brings another game of the year candidate as the Wampus Cats face Northside.

After coming up big on the defensive end in a 23-10 victory over Springdale, the Wolverines face another potential test in Har-Ber.