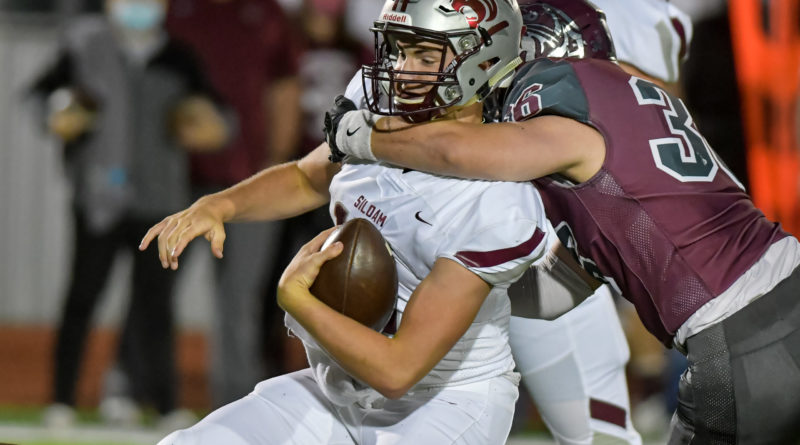 Here is an inside look at the top high school football games across the state of Arkansas this week (Oct. 9).

Cabot kept its undefeated record going last week with a win at Collierville (TN). The Panthers resume conference play this week against Conway as they try to keep pace with Bryant and North Little Rock. Quarterback Tyler Gee threw for three more touchdowns last week and running back Mason Bell had a big game, rushing for 118 yards. Conway came up just short against North Little Rock, losing 39-37. The Wampus Cats received a huge performance from quarterback Ben Weese, who threw for 448 yards and four touchdowns.

Har-Ber has played a very challenging schedule, and the Wildcats picked up their first win over Rogers Heritage last week. Sophomore running back Hudson Brewer has been a bright spot. He’s averaging more than five yards per carry and has scored four times on the ground. Springdale has alternated losses and wins through five games. The Bulldogs offense revolves around junior quarterback Landon Phipps. He’s thrown for three touchdowns and scored eight more on the ground.

Parkview returns to the field after having consecutive games canceled the past two weeks. Arkansas quarterback commit Landon Rogers leads an offense that has been difficult to slow down. Junior running back James Jointer has emerged as a big-time target for colleges around the country. Benton made a statement last week when it took down Siloam Springs, 42-0, to move to 2-0 in conference play. Senior quarterback Garrett Brown threw four touchdown passes to lead the Panthers to their second win in a row.

Mountain Home got off to a strong start in nonconference play but has dropped two in a row against conference opponents. The Bombers’ running back tandem of Bryce McKay and Gage Hershberger have combined for more than 1,100 rushing yards and nine touchdowns. McKay also has intercepted two passes and serves as Mountain Home’s punter. After two consecutive losses, Van Buren bounced back with a 21-point win over Russellville last week. Pointers senior Gary Phillips is one of the state’s top dual-threat quarterbacks.

The Wildcats and Yellowjackets both enter looking for their first conference win. Payton Edwards has been a playmaker for Sheridan. He’s rushed for 300 yards and scored five times. The Yellowjackets have allowed 35 points or more in four of their five games and will need to clean things up as they enter the second half of the season. El Dorado has been off for two weeks because of cancellations. The Wildcats need to limit their turnovers and, much like Sheridan, their defense will need to improve.

Pine Bluff has struggled on offense through three games. After getting the week off because of a cancellation, the Zebras will try to slow down a Jonesboro squad that has had success on offense but has seen its defense surrender too many points. An injury to quarterback Cross Jumper has allowed junior Rykar Acebo to step in under center for the Golden Hurricane. He threw for 384 yards and three touchdowns in last week’s win.

Marion started the season with four losses against very strong competition. The Patriots got things turned around a week ago, taking down Sylvan Hills in a 10-7 game. Searcy comes in having won three in a row, having averaged 38 points per game during that time. Junior running back Daniel Perry has been a monster for the Lions. He’s averaging more than eight yards per carry and has 14 touchdowns. He has three more touchdowns through the air.

Lakeside took down Camden Fairview two weeks ago to open conference play. Senior quarterback Will Ross has 11 touchdown passes against two interceptions. The Rams have four receivers who have caught multiple touchdown passes. Texarkana opened conference play with a win over Camden Fairview to move to 3-0. The Razorbacks will be looking to avenge their one-point loss to Lakeside last year as they jockey for position in the 5A rankings.

Wynne has been dominant this season, winning four of five games by double digits. The Yellowjackets ran for 372 yards in last week’s victory over Greene County Tech and received three touchdowns from junior running back Carl Washington. Wynne held Greene County Tech under 100 yards passing and rushing in the 27-0 shutout. Valley View has bounced back from its loss to Rivercrest with three consecutive wins while averaging 52 points per game. The Blazers are averaging nearly six yards per carry and have had eight different players score a rushing touchdown.

Alma enters looking for its first conference victory as it gets started on the second half of the season. The Airedales didn’t give up a ton of yards against Harrison last week, but costly turnovers gave the Goblins scoring opportunities. Clarksville’s game plan is simple — run the ball early and often. The Panthers have attempted 15 passes this season. Running backs Arthur Alvarez and Jaylin Wright have had huge seasons on the ground, both averaging more than 100 yards per game and having combined for seven rushing touchdowns. Clarksville will be looking to snap a six-game losing streak against Alma.