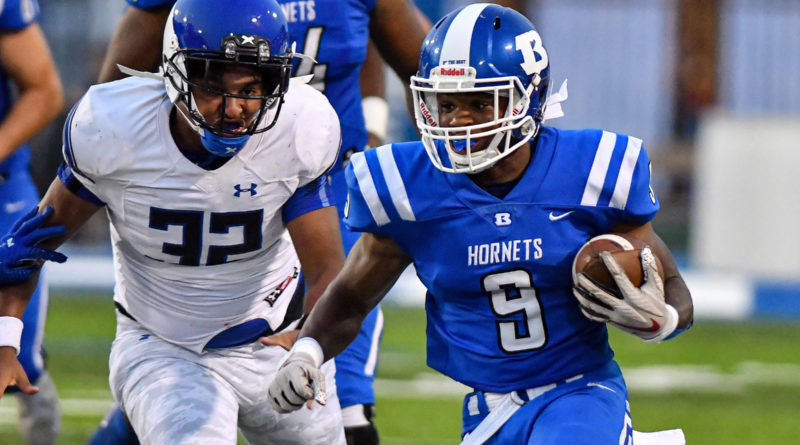 The Hornets have an open week after smoking two of the better teams in the state, Northside and Catholic, the past two weeks. Their narrow 44-40 victory the week before over Texas powerhouse Trinity Christian looks even better now that Trinity Christian beat Joe T. Robinson 54-0 last week.

After numerous wins over strong teams, North Little Rock finally got pushed down to the wire by Conway last week. The Wildcats proved resilient, winning 39-37 behind clutch play on both sides of the ball. This week, they’re likely to beat Little Rock Southwest with room to spare.

The Tigers took care of business against Fort Smith Southside last week. They likely have another lopsided victory coming this week against a struggling Rogers Heritage squad.

Cabot has needed to work hard for just about all five victories this season. The past two weeks were well-contested wins over strong foes in Catholic and Collierville (Tennessee). This week’s showdown against Conway might be the top game of the week in Arkansas.