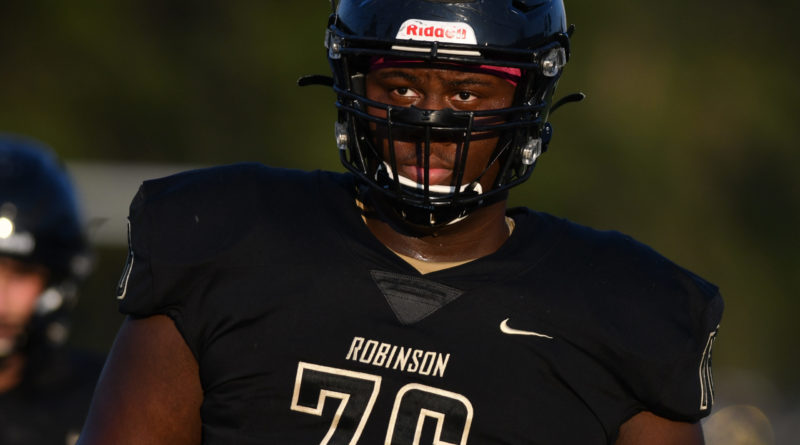 The Senators didn’t muster a single point in a 54-0 annihilation at the hands of Texas powerhouse Trinity Christian last week. Trinity Christian very nearly beat Bryant a couple weeks before that, so the odds were never good for Robinson, but there was reason to believe it would be a little more competitive.

Still, Robinson’s only losses have come against reigning 5A champion Pulaski Academy and Trinity Christian. The rest of the season will be 4A competition only, and there’s no reason to think the reigning 4A champion is any less than the clear favorite to repeat. This week brings the biggest test left in the regular season — No. 3 Nashville.

Arkadelphia hasn’t played in nearly a month, and the COVID-19-related cancellations since Week 3 meant sitting out the two biggest games of the season — against Robinson and Nashville. But the Badgers are still sitting pretty at 3-0, and they have a good chance to regain momentum this week against Fountain Lake.

The Scrappers have faced one elite team this season — big-time Texas foe Pleasant Grove, which beat them by 41. But they’ve taken care of business with room to spare against all their competition since then. This week, they’re thrown back into the fire against Robinson, the team they’ll likely have to go through in their quest to win both a league and division title.

After dropping a one-point heartbreaker against Page (Oklahoma), Shiloh Christian has won the past two games by a combined score of 132-13. The Saints might be tested this week against Prairie Grove, which is off to a fantastic 5-0 start but hasn’t played any of the top teams.

The Colts keep inching closer to completing an undefeated regular season. They’re only halfway there, but last week’s rout of Cave City reaffirms that they’ll be the favorite each and every week going forward. Up next is Westside.