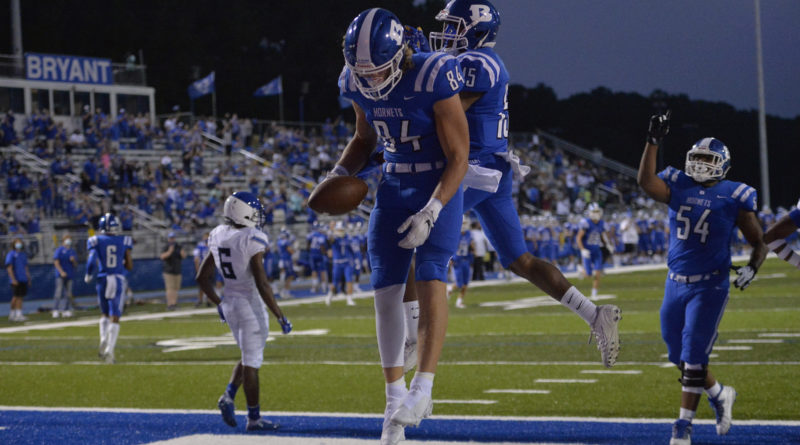 Last week, Bryant made very easy work of a formidable foe, Fort Smith Northside, in a 48-7 victory. The Hornets face another one of the better teams in the state this week in LR Catholic.

The Wildcats also notched a 48-7 victory, with theirs coming against LR Central. That blowout was arguably their most impressive win yet. They’ll need another strong showing to get a win on the road against Conway this week.

The Tigers routed Har-Ber 45-6, continuing to look the part of a state final contender through four contests. Bentonville will be heavily favored this week against Fort Smith Southside.

Cabot is coming off a strong 31-21 win over Catholic. The Panthers will open conference play against Conway a week from Friday.

Last week, the Wolverines lost by a touchdown against Greenville, a loss they’re disappointed with but a respectable one nonetheless. They open league play against Springdale this week and are likely to get back above .500.