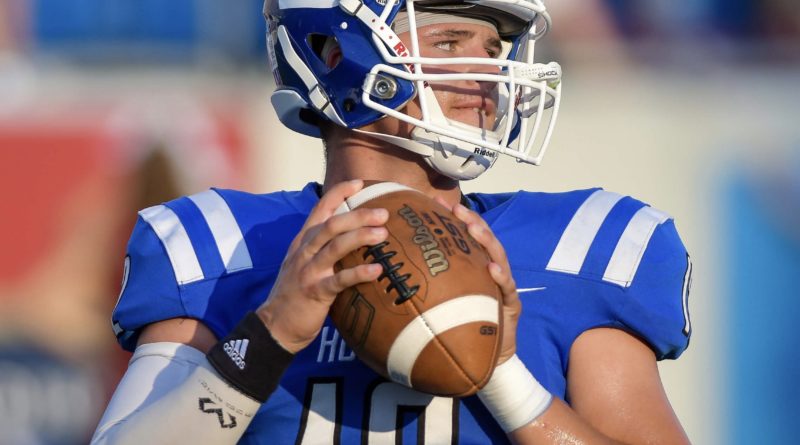 Here is an inside look at the top high school football games across the state of Arkansas this week (Sept. 18).

The Charging Wildcats were able to get their first-ever win against Fayetteville last week and are off to a 2-0 start. The duo of Kareame Cotton and Fredrick O’Donald has combined to average more than 11 yards per carry and has seven touchdowns through two games. The Blue Devils are coming off a much-needed week off following a rough loss to Wynne. They’ll need a big performance from two-way star Tamerius Bell against North Little Rock.

The Bruins are off to a hot start thanks to a high-powered passing game. Senior receivers Jalyn Witcher and Cooper White have combined to catch 31 passes through two games, with nine of those catches going for touchdowns. They’ll welcome Life Christian Academy from Virginia, which will be opening its campaign. Pulaski Academy will have to do its best to slow down junior quarterback NaQuari Rogers.

Bentonville comes in after a tight win over Rockhurst of Missouri. The Tigers will face an out-of-state opponent for the second consecutive week when they travel to play Mill Valley, the top team in Kansas. Bentonville received big contributions last week from junior Charles Nimrod, who had two receiving touchdowns, and sophomore Josh Ficklin, who went over 100 yards rushing and had a touchdown. The Tigers will need to bring their best against Mill Valley, which has won its first two contests by a combined 80 points.

Pine Bluff had its season opener canceled but was able to pick up a win in Week 2 against Dollarway. The Zebras dominated on the stat sheet but walked away with only a 12-6 victory. They’ll need Bradley Clark to lead the way up front against the powerful Parkview offense. The Patriots have 80 points through two games with future Razorbacks Landon Rogers and Erin Outley leading the charge.

Watson Chapel made its season debut last week after a cancellation and bye week delayed things. The Wildcats offense was dominant against Lakeside, rushing for nearly 350 yards. Junior Durran Cain and sophomore Jabrae Shaw each went over the 100-yard mark and combined for five rushing touchdowns. Camden Fairview has started the season strong, with a balanced rushing attack that has seen six players score on the ground. The defense has four interceptions and six sacks through two games.

The Bulldogs and Red Devils enter the contest on similar paths. They’ve both scored 40 points in each of their games and are coming off big shutout performances in their last game. Atkins junior quarterback Zach Berkemeyer has completed 16 passes, with half of those going for touchdowns. Donovan Nooner has been a force on the ground, averaging more than 12 yards per carry. After winning two games in each of the past two seasons, the Bulldogs are eying a 3-0 start.

After a one-point win in Week 1, Fordyce asserted its dominance in Week 3 with a 49-point victory over Harmony Grove. The duo of Jaheim Brown and Ja’Quez Cross has been as good as any in the state. They’ve connected for seven passes with five of those resulting in touchdowns. Cross has scored twice more on the ground. Monticello has equaled last season’s win total with a 2-0 start but comes in having lost four in a row in the series against Fordyce.

Bryant has opened the season with consecutive victories of 40 points or more. The Hornets had last week off to prepare for Trinity Christian, which will travel from Texas. Trinity Christian comes in at 3-1 and is led by Florida Atlantic quarterback commit Shedeur Sanders, the son of Deion Sanders, who coordinates the offense for the Tigers. Bryant has had everything clicking on both sides of the ball, with quarterback Austin Ledbetter leading the way.

Heritage’s Week 2 win over Central (MO) was its first in its past 25 games. The War Eagles would love to pick up another win this week before beginning play in the very competitive 7A West Conference. Alma senior running back Logan Chronister has had a good start to the season with 178 rushing yards and nearly six yards per carry.

Little Rock Catholic followed a Week 1 loss against Jonesboro with a solid win over Sylvan Hills a week later. Benton opened with a loss to Bryant in the Salt Bowl but redeemed itself by dominating Little Rock Southwest 44-6. Senior quarterback Garrett Brown led the way for the Panthers, throwing four touchdown passes.