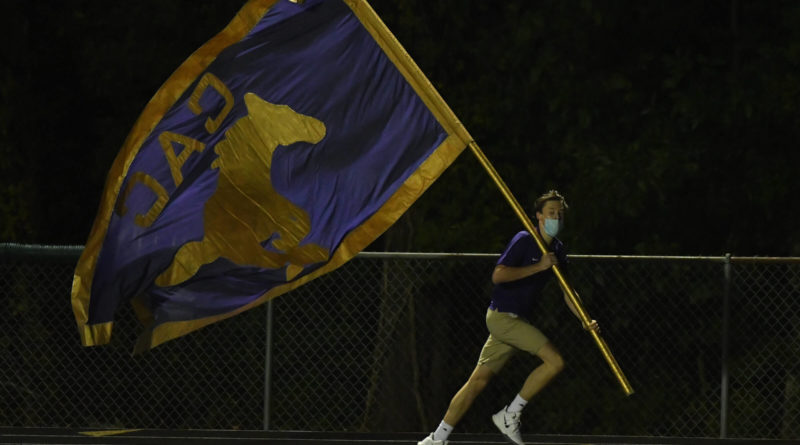 Here are the top performances that caught our attention across the state on Friday, Sept. 11. Tag us on Twitter or Instagram @sbliveark if we missed anyone. We’ll update the post with more top performances as more official numbers come in.

Jay got Cabot off to a strong start with three touchdowns in the first half. Two came on offense and one was a 92-yard kickoff return. Cabot beat El Dorado 41-23.

Gee threw for four touchdowns in the Panthers’ victory.

With three rushing touchdowns in the first half, Baker helped Pocahontas jump out to a 35-0 halftime lead against Paragould.

Palmer was one of numerous Redskin defenders to have a big night. He finished with both a pick and a touchdown catch.

Mason got two interceptions from the middle linebacker spot.

Richmond led Greenwood to a surprisingly lopsided 33-0 rout of Har-Ber with two passing touchdowns and a rushing touchdown. He completed 22 of 26 passes for 247 yards.

O’Donald ran for three of NLR’s five touchdowns in a 35-17 victory over Fayetteville.

Mountain Home snapped a losing streak dating to 2017 and did it in emphatic fashion. McKay both passed and ran for 163 yards, and he finished with three total touchdowns in a 41-7 victory over Nettleton.

Hershberger ran for 108 yards and three scores in the Bombers’ offensive explosion.

Francisco completed 15 of 19 passes for 274 yards and six touchdowns in a 42-7 victory over Stilwell (Oklahoma).

Robinson was one of several Scrappers to stand out in a victory over De Queen. He turned just two carries into two touchdowns and 119 yards.

Kattich was unstoppable against Green Forest in a game that was over by halftime. In the first half, he went for 247 rushing yards, 27 receiving yards and five total touchdowns.

Benton put Little Rock Southwest away quickly, leading 37-0 at halftime with 342 yards of offense. Brown not only led the Panthers’ effort with 235 yards and four touchdowns in the first half alone, but also became Benton’s all-time leader in passing yardage.

Launius powered Glen Rose to a 35-6 victory with four touchdown passes, three of which came in the first 15 minutes of the game.

Smith scored the first two touchdowns for the Senators in a 36-7 rout of Marion. In addition to one rushing touchdown, he took a kickoff the full 100 yards for another touchdown. And that’s in addition to two sacks on the other end.

Cleveland led the Senators with 10 tackles (two for loss), and had a sack.

Magnolia overcame a slow start to beat LRCA in a 52-49 thriller thanks in part to two first half interceptions by Davis. One of them was a pick-six that he took 45 yards to the house.

Miles exploded for three receiving touchdowns and a rushing touchdown in Searcy’s 41-25 victory over Batesville.

In Ashdown’s 41-21 victory over Hope, Keilbach erupted for five passing touchdowns and 213 passing yards on 11-13 completion, plus a rushing TD.

Easter was the recipient of many of Keilbach’s darts, finishing with two receiving TDs and two two-point conversions.

Womack was unstoppable in a 41-7 route of Beebe. He racked up three TDs and over 150 yards on the ground while also scoring a 70-yard KR touchdown.

Turner was productive in both the air and on the ground in a 41-24 victory over Valley View. He totaled 219 passing yards, 211 rushing yards, and two passing TDs. Turner also recovered a fumble for a 60-yard touchdown.

Scott was good for a receiving TD, a rushing TD, and 141 receiving yards.

Williams amassed 247 rushing yards and four rushing touchdowns in a 32-16 win against Carlisle.