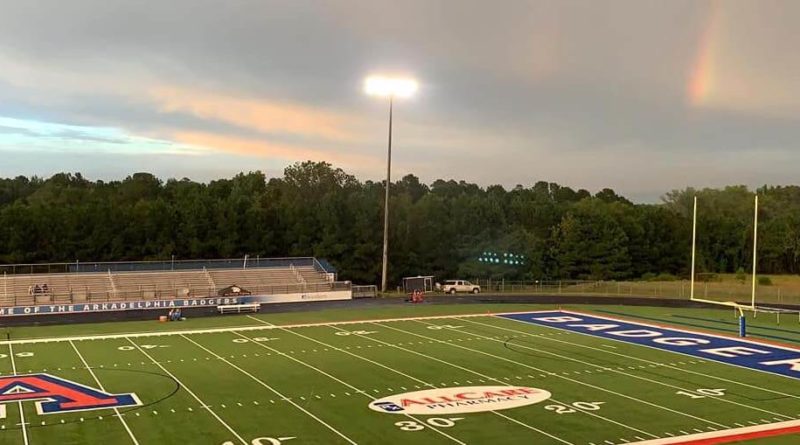 Here is an inside look at the top 4A high school football games across the state of Arkansas this week (Sept. 10-12).

After starting the season with a 17-6 loss to White Hall, Warren has a good chance to pick up its first win against Stuttgart. That said, the Ricebirds have a blowout victory against Star City under their belts and might give the Lumberjacks a run for their money.

Coming off a close loss against Monticello, Bauxite looks to bounce back and regain a winning record, but it won’t be easy against 3A heavyweight Newport, which has blown out both of its opponents but hasn’t faced a team of Bauxite’s caliber.

With losses against Wynne and Bryant, Marion is one of the best 0-2 teams in the state. That said, the Patriots will be underdogs yet again in their brutal nonleague grind against reigning 4A champion Joe T. Robinson. The Senators rebounded from a season-opening loss against Pulaski Academy by beating talented Maumelle 28-20 last week.

Riding a hot start, Arkadelphia has a chance to pick up a win against a 5A playoff team. Greenbrier dropped a well-contested game against Batesville last week after blowing out Beebe in Week 1. This should be a close one.

This matchup features two talented teams likely still dealing with rust. Clarksville has yet to play a game; Ozark fell in its opener last week against red-hot Booneville. This one could go either way if Clarksville comes out ready for battle.

Both teams beat capable opponents with room to spare in their season openers. Valley View is in 5A, so the Blazers have more to lose.

After close wins over Sheridan and Glen Rose, the Leopards now have an opportunity to pick up a win against a strong team two divisions up from them. Lake Hamilton defeated Lakeside in its only game thus far. Don’t expect either of these major playoff contenders to back down Friday.