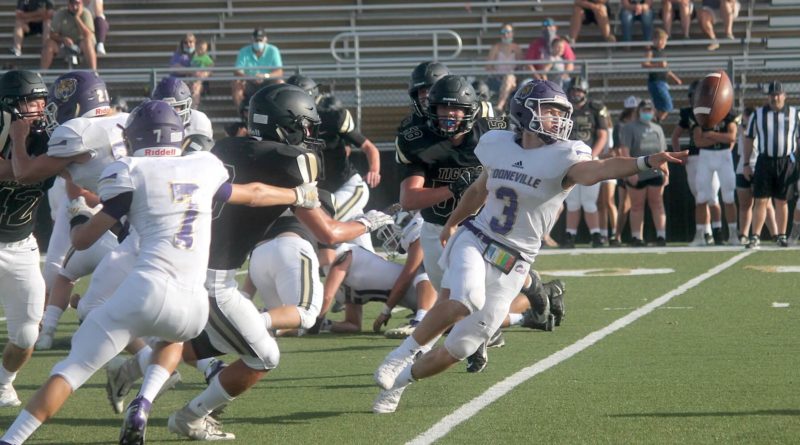 The Wildcats got it done in their season-opener, a 44-20 victory over Mena. This week they’ll be considered the favorite against Heber Springs.

Prescott kicked things off with an exciting 43-36 win over a solid Gurdon squad. On deck is Parkers Chapel.

After knocking off one of the top teams in 2A two weeks ago in Junction City, the Hornets now face the top team in 2A – Fordyce.

There’s a new upstart in 3A coming in hot, and their name is the Booneville Bearcats.

One of the most slept-on teams in Arkansas coming into the season, Booneville followed up a surprisingly easy victory over Dardanelle in Week 1 with a big-time upset of Ozark in Week 2. This squad that didn’t win a playoff game last season appears to be a major threat to contend for a championship, and they get another chance to prove it this week against Mena.

Two games, two blowout wins for the Greyhounds. This week they get an excellent test in Bauxite.