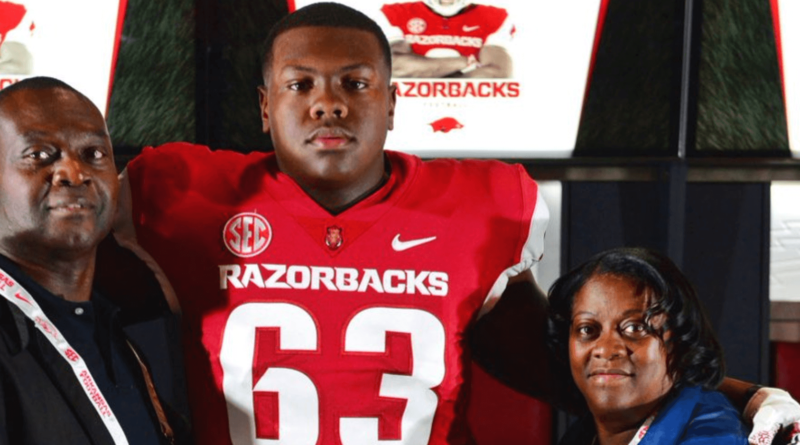 Bryant has outscored its first two opponents (Benton and Marion) 105-24.

Bentonville led 17-14 at halftime in their game on Friday against No. 13 Conway, but cruised in the second half to a 47-21 season opening victory.

PA was off this past week. This week the Bruins travel to take on Tennessee power Ravenwood.

Greenwood receiver Caden Brown started last week’s game with a 93-yard kick off return for a touchdown and the Bulldogs never looked back in their 42-3 win over Fort Smith Southside.

Benton returns to action two weeks after their 48-7 loss to No. 1 Bryant against Little Rock Christian on Friday.

Robinson beat a good Maumelle team 28-20 this past week. Robinson senior Hunter Smith had a kick off return for a TD to put the Senators ahead 28-13 in the third quarter. That was the game-winning score.

Har-Ber is 0-2 but don’t let the record fool you, the Wildcats are still a top team in Arkansas. They’ve lost to Jenks (Okla.) and No. 2 North Little Rock in the past two weeks. Har-Ber’s schedule doesn’t get any easier this week though as the Wildcats travel to take on No. 5 Greenwood.

Conway kept it close in the first half against No. 3 Bentonville on Friday, but ended up losing 47-21.

Cross Jumper made an incredible TD throw to Dawson Wagner, but it wasn’t enough as Jonesboro fell 36-32 to No. 6 Cabot in one of the games of the year so far in Arkansas high school football.

Central won this year’s Battle of the Bell against Little Rock Hall 41-6 on Friday.

With wins over Marion and West Memphis, Wynne debuts in the SBLive Top 20 Power Rankings this week. The Yellowjacket’s top player is 2021 offensive lineman Terry Wells, an Arkansas commit.

For the third straight year, Van Buren has won the Battle of the Bone over Alma. Van Buren QB Gary Phillips completed 13 of 18 passes for 241 yards and two touchdowns in Friday night’s 35-0 win. He also rushed for 115 yards and two scores.

Fayetteville, a preseason top 10 team in Arkansas, has struggled out of the gate this season. This past week the Bulldogs fell to Owasso (Okla.) 31-17. The week prior, Fayetteville lost to No. 13 Conway 38-21.

After having to skip their would-be season opener two weeks ago due to COVID-19, Harding Academy took down Mena 44-20 this week to begin the year.

Dropped out: West Memphis is out this week after losing to Wynne 39-6.