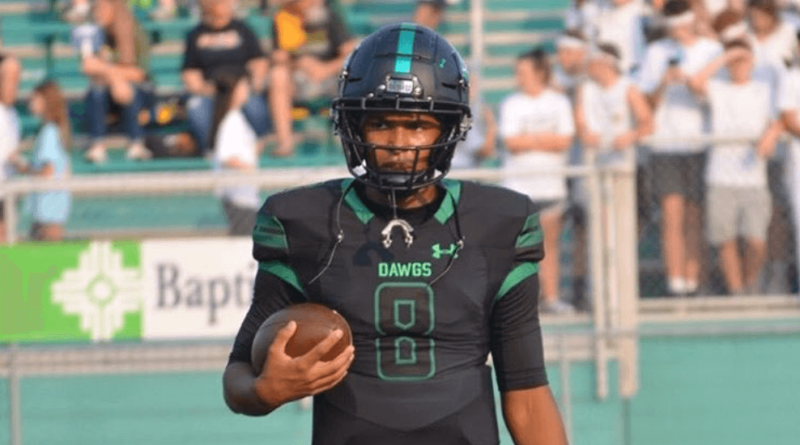 Bentonville led 17-14 at halftime, but cruised in the second half to a 47-21 season opening victory.

Greenwood receiver Caden Brown started the game with a 93-yard kick off return for a touchdown and the Bulldogs never looked back.

Conway led 14-7 following a Jamaal Bethune 31-yard TD run in the first quarter, but that was the only lead of the game for the Wampus Cats.

LR Christian knocked off last year’s 6A champs to move to 2-0.

Dalton McDonald passed for two scores and ran for three more in the Bentonville West win.

Har-Ber is 0-2, but has played two very strong opponents in Jenks (Okla.) and North Little Rock.

Cross Jumper made this incredible TD throw to Dawson Wagner, but it wasn’t enough as Jonesboro fell 36-32 in one of the games of the year so far in Arkansas high school football.

Robinson senior Hunter Smith had a kick off return for a TD to put the Senators ahead 28-13 in the third quarter. That was the game-winning score.

Parkview rolled in their season opener. Landon Rogers had a 72-yard TD pass to Erin Outley in the game. Both Rogers and Outley are Arkansas commits.

Central won this year’s Battle of the Bell by a wide margin.

Fayetteville, a preseason top 10 team in Arkansas, has struggled out of the gate this season.

For the third straight year, Van Buren has won the Battle of the Bone. Van Buren QB Gary Phillips completed 13 of 18 passes for 241 yards and two touchdowns Friday night. He also rushed for 115 yards and two scores.

After having to skip their would-be season opener last week due to COVID-19, Harding Academy took down Mena this week to begin the year.