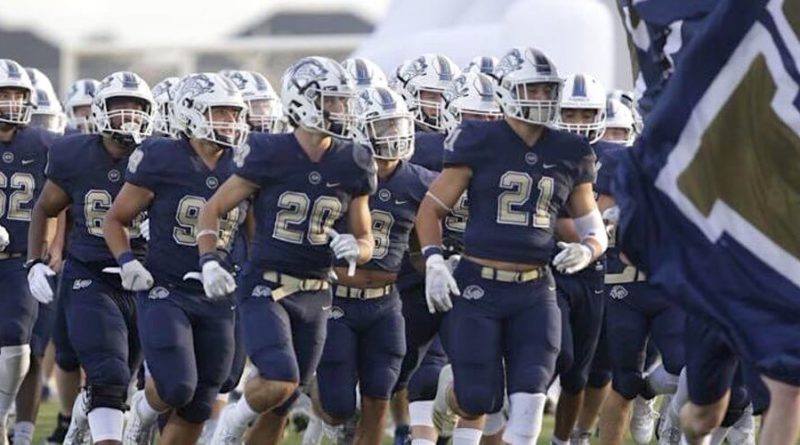 Here is an inside look at the top high school football games across the state of Arkansas this week.

After scrimmaging last week, North Little Rock begins their quest to reach a fifth straight 7A Championship game with new head coach JR Eldridge leading the Charging Wildcats. Senior quarterback Kareame Cotton is poised for a huge season. Har-Ber traveled to Oklahoma last week, losing to Jenks 31-15. The Wildcats committed six turnovers and will need to quickly shore things up to compete with the top teams in 7A.

Conway found themselves trailing 14-0 after one quarter last week against Fayetteville, but quickly rebounded with 38 consecutive points over the second and third quarters en route to a 38-21 win. Senior quarterback Ben Weese threw for 290 yards and two touchdowns to lead the Wampus Cats to victory. Bentonville will be playing their first game of the season and look to be among the top contenders to dethrone Bryant, along with Conway. UCF linebacker commit Cole Joyce leads the Tigers defense with D-I lineman Josh Street heading up one of the state’s best offensive lines.

Bentonville West will take on an opponent from Oklahoma for the second consecutive week, this time hosting Muskogee. The Wolverines traveled to Broken Arrow, Oklahoma last Saturday and found themselves trailing by 23 points in the second quarter. They rallied back cutting the lead to six points early in the third quarter before eventually falling 50-23. The Wolverines were able to move the ball well but were held back due to two interceptions and two lost fumbles. Senior wide receiver Stephen Dyson was one of the lone bright spots, catching 15 passes for 182 yards.

Cabot and Jonesboro enter their showdown as top five teams in their respective divisions. Cabot took down Searcy 35-18 and had 11 different ball carriers total over 300 yards rushing. Despite the offensive success, the Panthers still turned the ball over four times and will need to clean things up going forward. Jonesboro found themselves trailing 14-7 in the second half before Cross Jumper connected with Will Barre for three fourth quarter touchdowns, including the game-winner with 15 seconds remaining to secure the 28-24 win.

Wynne was able to establish the running game last week with Marterious Ross and Carl Washington each scoring twice on the ground to take down Marion. West Memphis two-way star Tamerius Bell got his junior year off to a quick start with two rushing touchdowns and two interceptions in the Blue Devils win over Little Rock Southwest.

White Hall took care of Sheridan 35-17 last week after trailing by double digits in the first half. Running back Zaire Green was third on the team in carries last season as a sophomore but stepped up last week with over 150 rushing yards and two touchdowns to help lead the Bulldogs to victory. Warren will be playing their first game of the season and has Riley Cornish under center after putting up solid numbers for the Lumberjacks as a sophomore. Warren also adds Payton Byrd, who comes over from Fairview after notching 54 tackles and three interceptions last season.

It’s Battle of the Bone Week. Van Buren comes in after taking down Springdale 48-28, thanks to 21 unanswered fourth-quarter points. Van Buren quarterback Gary Phillips ran for 168 yards and had three rushing touchdowns. The Pointers fumbled five times and threw two interceptions which can’t be repeated if they hope to succeed against Alma, who was off last week. The Alma Airedales have dropped two straight games in this series after winning the previous seven matchups.

Booneville was able to start the season on a high note with a 35-14 win last Friday over Dardanelle. After rushing for 1,000 yards and 16 touchdowns a year ago, Randon Ray followed it up with three touchdowns in the season opener. Ozark’s opener against Clarksville was rescheduled due to opposing players and coaches that were in quarantine. Ozark quarterback Harper Faulkenberry had 19 touchdowns on the ground last year to go along with nine through the air. He’ll be counted on even more this season.

Parkview scrimmaged Jacksonville last week. The Patriots are expected to have one of the state’s most explosive offenses this season with future Razorbacks Landon Rogers and Erin Outley leading the charge at quarterback and tight end, respectively. Southwest led West Memphis 16-6 last week in the program’s debut game before falling 36-16. Markel Cartwright was named offensive MVP for the Gryphon’s after his two touchdown performance.

Harding Academy will play their first game after having their scrimmage and week one contest canceled. Caden Sipe returns at quarterback for the Wildcats after throwing 59 touchdown passes and leading them to a perfect 15-0 season last year. Mena opened with a 39-0 shutout of De Queen last week. Max Montgomery and Jake Wiles combined for five touchdowns to lead the Bearcats to the shutout victory.