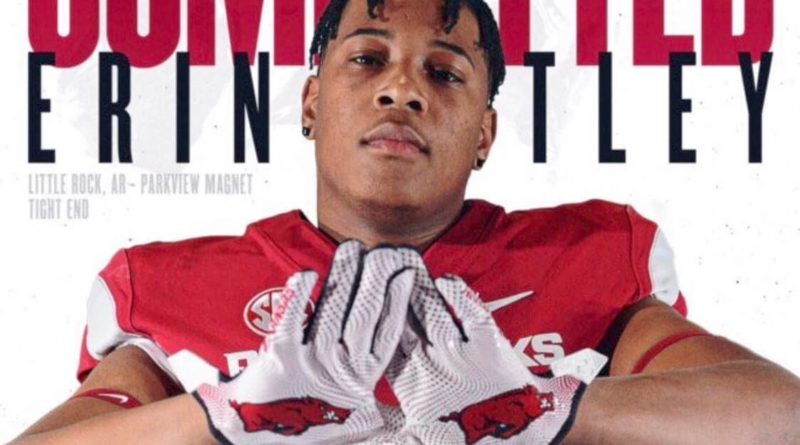 Players were selected based on last season’s performance, offseason observations and conversations with media sources and coaches.

Ledbetter threw 40 touchdown passes last season while leading the Hornets to a perfect 13-0 record and their second consecutive 7A State Championship. He’s made a verbal commitment to play baseball at the University of Arkansas.

With 1,922 rushing yards last season and a 4A state championship ring, Smith enters his senior year as the top rushing threat in the state.

Wells is committed to Arkansas.

Street, 6-foot-6 and 295 pounds, has offers from Kansas, Maryland and others.

The son of former Arkansas defensive lineman Elliott Harris, Sr., E’Marion is considered one of the best offensive lineman in the country in the Class of 2022. At 6-foot-6 and 305 pounds, Harris has NFL size. He currently has 13 scholarship offers, per 247Sports.com.

One of the most heavily-recruited prospects in Arkansas at any position, Outley racked up over 800 receiving yards last season and 13 touchdowns on 50 receptions. He currently is committed to Arkansas, but has 23 offers and is still planning to take more visits before signing his NLI.

Martin is a dominant force on the interior of the defensive line. He’s committed to Colorado.

Davillier made a major impression after recording 22 tackles and two sacks as a sophomore. He’s picked up offers from Auburn, Arkansas, Georgia and five others.

Joyce is committed to Central Florida. Last season he helped lead the Tigers to the 7A semifinals by anchoring one of the best defenses in the state.

Avant, a 3-star Arkansas commit, registered 83 tackles (12 for loss) for Jonesboro as a junior.

Platt made 154 tackles and had four sacks and four interceptions last season. He is committed to Arkansas state.

Perry had seven interceptions and 61 tackles for Searcy, the 6A state champs, as a sophomore.

Simmons recorded 107 tackles and three picks as a sophomore for Benton, last year’s 6A runner up.

Dickens has received a scholarship offer from Kansas. He’s a top recruit in Arkansas’ 2022 class.

Hankins has a big leg. He had 57 touchbacks and made nine field goals last season.

Davis had both a kickoff return and a punt return TD in 2019. He’s committed to North Alabama.