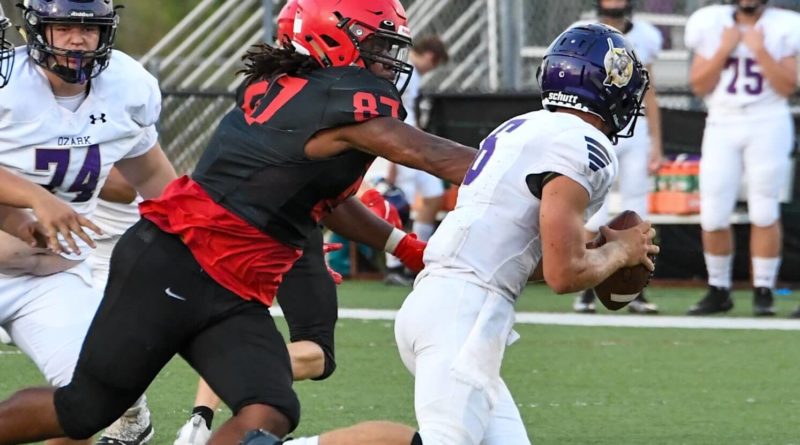 To kick off the season, SBLive is previewing the top players at every position. Here’s an inside look at the Top 20 defensive linemen in Arkansas high school football. The list is in alphabetical order.

Benjamin has 91 tackles over the past two seasons while playing on both sides of the line.

Barton had 39 tackles and eight sacks for the Warriors last season.

Clark made 32 tackles last season to go along with eight sacks and three forced fumbles.

Conway has shown his versatility throughout the front seven on defense. He had 51 tackles, seven sacks, and three forced fumbles as a junior.

Davillier made a major impression after recording 22 tackles and two sacks as a sophomore. He’s picked up offers from Auburn, Arkansas, Georgia and five others.

Evatt had 52 tackles and seven and a half sacks for the Bulldogs last season.

Holliman uses his strength to disrupt the offense.

Hollingsworth had 33 tackles and a sack during his sophomore season. He’s committed to Arkansas.

A two-way starter for the Cardinals, Kidd racked up 65 tackles and three and a half sacks last season.

Leader had 65 tackles, seven sacks, two forced fumbles, and an interception last season to lead the Bulldogs to a 10-2 record.

Martin is a dominant force on the interior of the defensive line. He’s committed to Colorado.

Rogers is a run stuffer, having collected 94 tackles over the past two seasons.

A two-way lineman for the Tigers, Skeets has racked up 135 tackles and 15.5 sacks over the past two seasons.

Sparks had a breakout junior season with 61 tackles, 14 sacks, and three forced fumbles.

Wells plays all over the field for the Billies and has an offer from Arkansas Baptist.