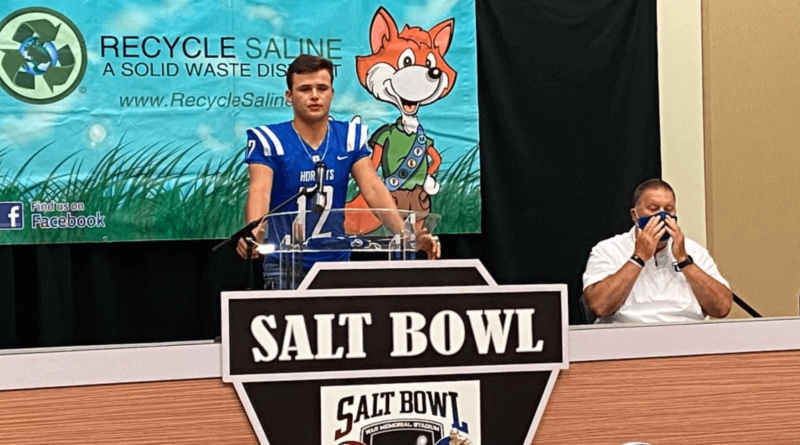 The 2020 Arkansas high school football season has arrived. Season openers will be played Thursday, Friday and Saturday across the state.

Here’s a closer look at the top eight games of the opening weekend. All games are at 7 p.m. unless noted otherwise.

Who doesn’t love a nice Top 10 clash to start the year?

This will be a rushing showdown. Look out for Robinson tailback Hunter Smith, arguably the state’s best running back, who piled up 1,922 yards on the ground in 2019. For Pulaski Academy, junior Joe Himon had 2,038 all-purpose yards and 21 TDs last season.

Cabot has Arkansas State commit Marlon Crockett, a dynamic receiver. Searcy returns Daniel Perry, a junior defensive back who had seven interceptions and 61 tackles for the Lions, the 2019 6A state champs, as a sophomore. That will be a great matchup.

Fayetteville went 6-6 a year ago but should have a bounce-back season led by star 2022 receiver Isaiah Sategna. Conway won’t be a pushover in this one though thanks to junior Manny Smith, who averaged 10 yards per carry as a sophomore.

Little Rock Christian linebacker Corey Platt Jr., an Arkansas State commit, is one of the best high school football players in the state. He’ll be responsible for slowing down Central’s high powered rushing attack that includes Sam Franklin, who ran for 1,026 yards and 14 touchdowns last season, as well as Makilan Thomas, an Arkansas state commit on the offensive line.

Jenks is a team on our radar for our national football rankings, the SBLive Power 25. Will Har-Ber be able to keep up?

Bentonville West is ranked No. 8 in our preseason statewide rankings thanks to bringing back some good players from last year’s team including wide receiver Stephen Dyson, who caught 46 passes for 601 yards and three TDs a year ago, as well as linebacker Ariel Bradic, who made 149 tackles.

How will those two stack up against a Top 10 team out of Oklahoma?

The Salt Bowl will be played Saturday night between Bryant, last year’s 7A undefeated champion, and Benton, our No. 10 team in Arkansas. Bryant will begin its title defense with quarterback Austin Ledbetter under center. As a junior last season, Ledbetter threw 40 touchdown passes.