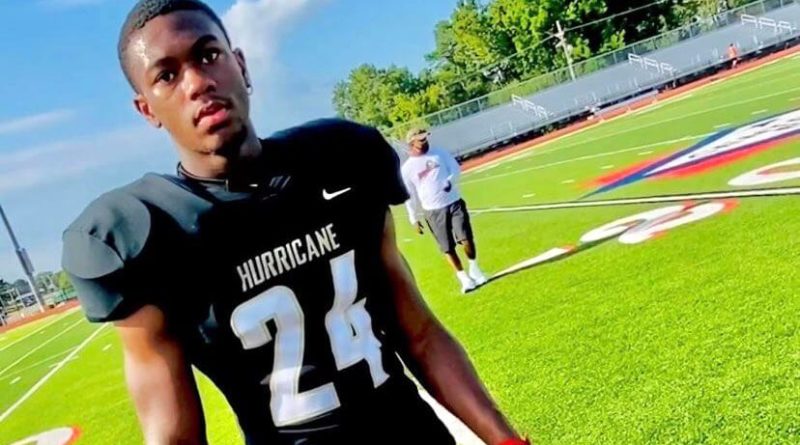 To kick off the season, SBLive is previewing the top players at every position. Here’s an inside look at the Top 20 linebackers in Arkansas high school football.

With 123 tackles last season for the 3A state finalist, Patrick recorded the most tackles in Arkansas in the Class of 2022. And that was while sharing a front seven with two other 100-tackle backers.

Nearly all of Prescott’s defensive core is returning for the 2020 season, but expect Patrick to contend for a state tackling crown his senior season (2021). Patrick also happens to be the son of the Curley Wolves’ defensive coordinator, Jason Patrick Sr.

Shoemaker’s stat line was in rare air last season – 104 tackles, 14 tackles for loss, and nine sacks, all of which were team-highs. That’s on top of 10 QB-hurries as well.

In addition to playing QB, Littleton was one of Osceola’s most consistent defensive players in their run to the 3A championship game. He finished with 79 tackles and 9.5 TFLs, and is considered one of Arkansas’ higher-upside LB prospects in the Class of 2022.

With 146 tackles in only 11 games last season, Claude is the second-leading returning tackler in the state. In addition to averaging over 13 tackles per game, Claude was a disruptive edge rushing threat, and once posted 14 QB-hurries in a game.

Because of Southside’s 1-9 record, there are some that dismiss the Mavericks’ accomplishments. But Southside was a solid team with a strong defense – they just faced one of the tougher schedules in the state. Boley racked up 95 tackles in only nine games, anchoring a defense that kept it close in a lot of tough games.

Moss racked up 129 tackles last season to lead the Dragons, and has received numerous college offers throughout the spring and summer for his efforts. Moss and junior Owen Luebke form one of the best returning LB duos in 4A.

Bradic only played in nine games for the Wolverines, but he racked up 93 tackles, three sacks, and a whopping 18 TFLs. And that was facing a few of the premier teams in the state, against whom he was usually at his best. Don’t be surprised to see Bradic emerge as one of Arkansas’ top college prospects at linebacker before long.

Marshall received multiple all-state awards as a junior for anchoring a strong Maumelle defense for an 8-3 Hornets squad.

With 113 tackles and 10 TFLs, Harrington was dominant for the 3A state champ. He likely could’ve racked up considerably more tackles had the Redbugs not put numerous blowout victories away in the first half during the regular season.

While also playing quarterback full-time, Nolen was one of the most productive LBs in Arkansas last year. He totaled 135 tackles and 14 tackles for loss facing tough competition.

Nolen is one of several top backers on this list who could see their individual stock rise this season playing on teams returning significant talent. Nolen, Jason Patrick and Tywan Thompson form one of the premier LB trios in the state.

With 87 tackles and 5.5 sacks in only 10 games, the 3-star prospect anchored a very strong Fayetteville defense that held up against formidable competition. Turner has at least three high-major offers already, and hometown Arkansas is currently considered the favorite to land him.

Durning’s 150 tackles in 2019 as a junior makes him the top returning tackler in the state. A whopping 92 of them were unassisted. Ozark was 12-2 last season, and has the returning firepower to make even more noise in 2020. That would really help Durning’s prospect stock rise.

The 3-star Arkansas State commit was already one of the best two-way/all-purpose players in the state last season for 5A finalist LR Christian. Some consider him more of a running back prospect — and he made our list of Top 25 RBs — but either way, expect him to be one of the top players in Arkansas at both positions once again this season.

With 118 tackles, 16 TFLs, nine sacks, and 20 QB-hurries, Hanna had one of the best stat lines of any junior defensive player last season. He spends quite a bit of time at DE for Greenwood, but is clearly a LB prospect first and foremost. The 3-star prospect has numerous college offers, including at least one at the D-1 level.

A 3-star Arkansas commit, Avant registered 83 tackles (12 for loss) for Forrest City as a junior. This year, the top-ranked OLB in the state, considered Arkansas’ highest-upside LB by many, will play his senior season at Jonesboro. Don’t be surprised to see his stats skyrocket from last year’s as he joins a front seven with numerous other threats.

Coming off a state title and 140 tackles lass season (19 for loss), Shinkawa is a strong candidate to lead Arkansas in tackles this season. At 5-foot-8 and 155 pounds, he has long gone under-recruited, but Shinkawa is now on the radar of college recruiters.

The top-ranked senior ILB in Arkansas, Joyce committed to Central Florida out of at least a dozen offers. Last season he helped lead the Tigers to the 7A semifinals by anchoring one of the best defenses in the state, and he made his second all-state team.