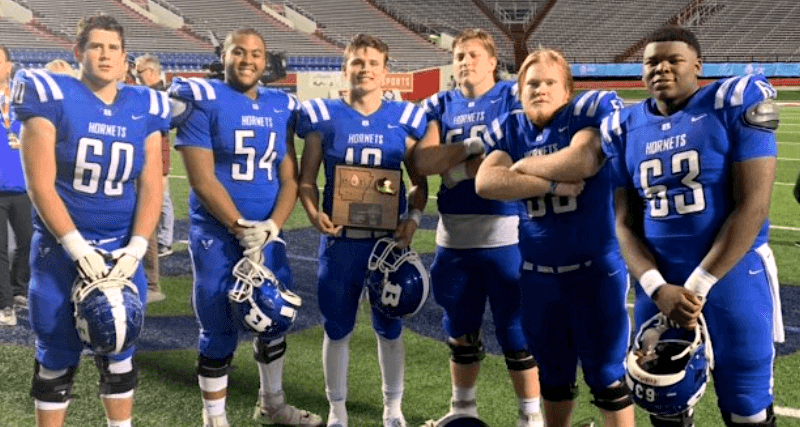 Here’s a preseason look at the Top 5 teams in Class 7A Arkansas high school football heading into the 2020 season.

Kareame Cotton returns at quarterback for the Charging Wildcats, who are looking to dethrone Bryant after falling to them in the 7A State Championship two years in a row.

Cole Joyce and Kolbi Crawford lead the charge on defense for the Tigers, the favorites to win the 7A West Conference.

The Bulldogs should improve on their 6-6 record from a year ago with a top college prospect on each side of the ball: Isaiah Sategna at wide receiver and Kaiden Turner at linebacker.

A talented group of impact players return from last season led by Dalton McDonald, Stephen Dyson, and Ariel Bradic. The Wolverines are on the hunt for their first win against rival Bentonville.