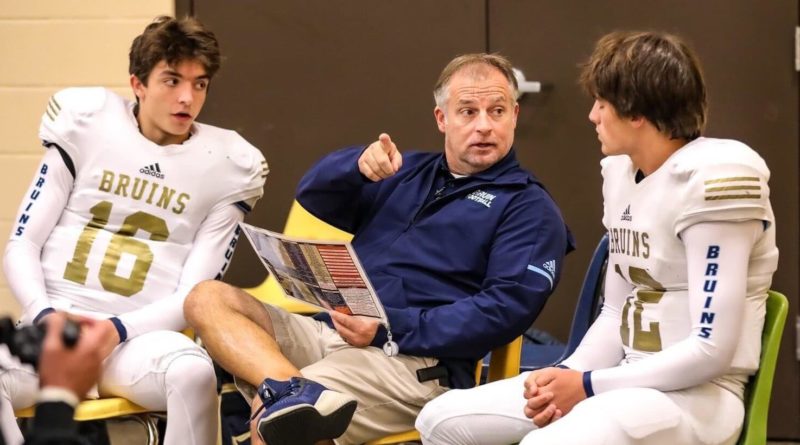 Class 5A, won by Pulaski Academy last season, features numerous contenders with both a ton of returning talent and several key seniors gone. It should make for a very competitive field.

Last season couldn’t have ended any better for Pulaski Academy. Not only did they win a state title, but they did it in blowout fashion against rival LRCA after losing to them narrowly in league play. Despite losing a large chunk of last year’s championship core, the Bruins are the leading favorite to win 5A again.

The biggest question, of course, will be how well they can replace last season’s national leader in passing yardage, Braden Bratcher, who totaled 5,196. As it currently stands, there’s a strong likelihood they start the season splitting snaps between two QBs. Both senior Nolen Bruffett and junior Charlie Fiser got significant reps under center last year, and coach Kevin Kelley is preparing for both of them to be regular contributors.

Whoever is under center will have big shoes to fill, but 3-star junior Joe Himon can be a one-man show at RB when needed. Last season he totaled 1,300 rushing yards, 738 receiving yards, 16 rushing touchdowns, and five receiving touchdowns. And that doesn’t include four touchdowns and nearly 395 yards as a kick returner. He currently holds at least four offers, including Kansas.

Also returning on offense are senior WRs Cooper White, Caleb Nichols, and Dylan Allison, the three of whom totaled over 1,400 yards last year. And senior OT Trace Hawkins leads what should be another solid offensive line.

Several of last year’s top defenders are gone as well, but one of the state’s leading tacklers, LB Futa Shinkawa is back after making 140 of them last year. With senior Luke Witham and junior Harrison Lane also returning, the Bruins will have one of Arkansas’ best linebacking units, regardless of being undersized. Assuming they are able to fill in holes on the defensive line and defensive backfield, Pulaski should have both the offense and defense to compete for another state title.

Everything was going as planned for LR Christian through 13 games. They were unbeaten heading into the state finals, and had beaten rival Pulaski 63-61 at the start of league play. But they came up short against the Bruins when it mattered most, and now have a good shot at revenge this season despite losing quite a few star seniors.

On both ends, it starts with 3-star two-way senior Corey Platt, one of the best in the state at both RB and LB. He had at least seven D-1 offers before committing to Arkansas State. While plenty of star RBs play LB in high school and vice versa, Platt plays both ends at a high enough level that he could realistically see time at both positions as a Red Wolf.

Also joining the Warriors’ efforts is senior DE Anthony Pugh, who may be one of the top individual storylines to follow. Initially from Arkansas, Pugh lived in Oregon since seventh grade, but missed most of his junior season with an ACL injury. Despite being a nationally ranked prospect, he’s gone under-recruited because of his injury, so he’s back in Arkansas to assure he has a senior year to show out. Pugh, Platt, and junior LB Titus Colquitt make a very strong trio in the front seven, and Pugh can play TE on offense at a high level as well.

Yet another all-purpose star on LRCA is Isaiah Hankins, the best kicker in the state last season (and a 5-star K/P prospect), a college prospect at DB as well, and an impact WR.

While it will be an uphill battle for the Warriors to replace the likes of LB Jackson Woodard, QB Akeem Gilmore, RB Kendel Givens, and WR Chris Hightower, they likely have enough talent to contend again. Throw in what should be one of the best offensive lines in the division and a collective sense of hunger from last year, and they’re a favorite to return to the finals.

Having to deal with Pulaski in the quarterfinals was a brutal draw for previously unbeaten Harrison last season, but the Goblins were the only team to give them a run for their money in the postseason. Losing 28-21 to the eventual champ, there was not much separating Harrison from a state title.

In this season’s quest, a lot falls on the shoulders of senior Cole Keylon, a rare two-way QB/LB impact player. He spent nearly half the team’s offensive snaps as a dual-threat QB and he also led the team in tackles for loss. This year, he will be the only star skill position player returning for the Goblins.

Harrison was a very senior-heavy team last year, so it will take the emergence of numerous first-time starters for them to be a playoff threat once again. But if their defense is solid — and it should be — they can hang around with almost anyone. In addition to Keylon, DL/LB Anthony Allen and DB Lane Johnson are anchors of their defense returning as seniors.

Fresh off a semifinals appearance, and with more returning talent than most other 5A heavyweights, hopes have to be high for White Hall this season.

The Bulldogs ran the ball over 70% of the time in 2019, so their biggest hurdle will likely be replacing RB Donte Buckner. Buckner ran for 1,635 yards and 24 touchdowns last season, and almost 45% of all the team’s snaps were Buckner carries.

If junior HB/RB Zaire Green can pick up the slack – and/or if White Hall can shift the focus a bit to their passing game, where dual-threat QB Matthew Martinez and WRs Kam Robinson and Steven Weston all return – their offense should be solid again.

Their defense should also remain steady. DE Tristan Evatt is back as a senior after recording 52 tackles and team-highs 13 tackles for loss and 7.5 sacks last season. Kam Robinson doubles as a standout DB, and makes one of the better safety duos in the state with Braylon Johnson, and TK Walker is a versatile LB/DB hybrid. That core is surrounded by numerous returners who were in the rotation and are ready to pick up more of the weight.

The Devil Dogs will have a lot of work to do, particularly on offense, if they want to get back to the semifinals. But they have enough returning talent to potentially be in the championship discussion again after a solid playoff showing last year.

Gone is 4-star dual-threat QB Jacolby Criswell, who is now at North Carolina. However, returning in the passing game are WRs Reggie Toney and Quincy Clemons, Morrilton’s first and third leading receivers last year. Also returning on offense is RB2 Jackson Moll, who is presumably ready for a much bigger load as a senior.

Morrilton will probably have to hang their hat on defense, where they have a host of returning upperclassmen talent. It starts with versatile LB Caimen Fitzpatrick, who is both mobile in coverage and a forceful edge-rusher (15 TFLs). Numerous other impact players return on defense such as LB Tucker Granberry, LB/SS Jaylan Mullins, DE Nevin Williams, LB Cade Halbrook, and CB Darrius Allison.