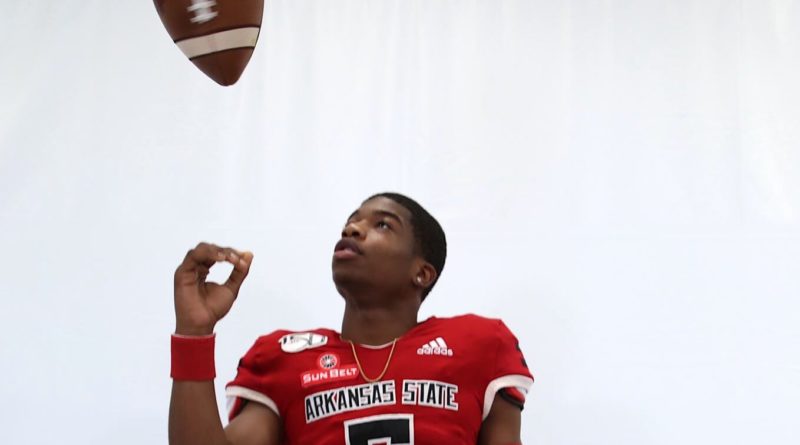 The running back position in Arkansas high school football is in good hands. The state is home to dozens of RBs with diverse skill sets who will one day suit up for college teams.

SBLive’s preseason RB rankings were primarily determined by body of work in 2019. We also factored in strength of competition.

Players who primarily ran the ball but also were significant receiving threats were credited for their receiving contributions. Players listed as fullbacks and halfbacks were also considered, but only those who produced as feature backs. Accomplishments on the defensive side of the ball for two-way players may be noted, but were not part of our ranking criteria.

As just a sophomore, Kattich led 3A in rushing yards with 1,511, and was named all-state. Additionally, Kattich spends a lot of his time blocking as he’s primarily a fullback, and could be the top fullback in the state by his senior year.

As the RB2 for the best team in the state, Anderson rushed for 515 yards and 11 touchdowns in only nine games. That’s the lowest yardage mark on this list for players who played a full 2019, but context is key. He was an integral part of the best offense in Arkansas despite playing behind another star senior.

Anderson and the Hornets will need to repeat their success in order for him to justify the ranking, but he also has the opportunity to move up considerably with more reps.

While much of Sanchez’s production came against lower tier competition, his sheer body of work can’t be ignored. He put up 1,641 rushing yards and 19 rushing touchdowns in the regular season alone. Poyen struggled in the passing game, where Sanchez has experience lining up at receiver, but he still led the team in receiving yards (167) in addition to rushing yards.

The Indians were a young team on the rise, so don’t be surprised to see both Sanchez and the rest of his team make more noise in 2020.

Manning is the third of four players on this list who gets overlooked for putting up monster numbers against middling teams. Walnut Ridge finished 6-5 with a playoff appearance, which isn’t bad for having played a solid schedule, but Manning hasn’t received the credit he deserves for a 2,000-yard season. He led the Bobcats with 1,583 rushing yards, 19 rushing touchdowns, 504 receiving yards, 224 kick return yards, and two KR touchdowns.

Searcy is another one of the few players on this list without big numbers – 634 rushing yards in nine games on eight yards per carry – but he’s widely regarded as one of the best RB prospects in his class. He’s just part of a great team/offense where he has to share opportunities with some serious talent around him.

But Searcy already nabbed a 3-star ranking and a few D-1 offers in his first half of high school. By his senior year he could be one of the most prolific feature backs in the state.

With 1,150 rushing yards and 19 rushing touchdowns last season, Woodley was a key to one of the best rushing attacks in the state. He also did that playing banged up for a significant chunk of the season, meaning a healthy 2020 campaign could give him a lot of room to rise on this list.

Stewart took a noticeable chunk of his snaps last season at QB, but overall he’s considered one of the better RB prospects in Arkansas football. He finished the season with 1,015 rushing yards, a team-high 20 rushing touchdowns, and for what it’s worth, 398 passing yards with a passer rating over 100.

After rushing for 750 yards as a sophomore, Wilkinson seemed to get better every week throughout his explosive junior campaign, which he finished with 1,251 rushing yards.

He started 2019 solidly with five straight games over 100 rushing yards. But then Wilkinson really turned it up halfway through the season, registering 122 yards or more in five of Greenwood’s last six games and 432 total in the their last two games. He also finished with 21 rushing touchdowns and 174 receiving yards to help lead the Bulldogs to the 6A quarterfinals.

George’s 2019 numbers don’t jump off the page – 1,023 rushing yards, 8.4 yards per carry, 11 total touchdowns – but he was steady for a strong team who faced a very challenging schedule. George stepped up in many of Jonesboro’s biggest games, and was rewarded with an all-state (6A) selection for his work.

In 10 games, Smith ran for 810 yards last season on 10 yards per carry playing one of the hardest schedules in the state. With multiple other Wampus Cats RBs graduating, expect Smith to be ready for an even heavier load in 2020.

You might know Taevion Cunningham for his epic 99-yard touchdown run last October, which was named USA Today’s high school football play of the week for the week of October 26. Regardless of his viral top highlight, he’s one of the top RBs in Arkansas football, and will look to solidify himself as a D-1 prospect in 2020.

After tearing it up at Rison for his sophomore and junior years and making 3A all-state last season, Frye will play his senior year at Bryant. Another big year on an even bigger stage could give Frye, who some consider one of the most under-recruited seniors in the state, a status boost.

With both Anderson and star senior Jydarian Young looming in the backfield, teams loaded up on Gosnell’s running game a bit. Even still, Anderson ran for 1,025 yards as a sophomore RB2 on a strong 9.2 yards per carry. The high 3-star prospect is one of numerous highly-touted prospects who are likely to blast their previous career highs this year as a result of upperclassmen at their position graduating.

While he’s gone under the radar in the eyes of some, Threadgill racked up 1,714 rushing yards and 21 rushing touchdowns last season, and is up to at least seven offers. He’s listed on 247Sports as an ATH, but the numbers say he’s a full-time running back now and likely down the road.

The fourth-ranked prospect in his class in the state, the Arkansas State commit does a number of things for the Warriors. Offensively, Platt spent some time at both RB and WR, and was also one of the best defensive players in the state at LB. He’s a D-1 prospect at both RB and LB.

This season without one of the best RBs in Arkansas ahead of him, he might be more zeroed in on his rushing duties in particular, and could potentially rise significantly up the list.

Franklin ran for 1,026 yards and 14 touchdowns during Central’s regular season, a successful campaign that included a 7A postseason birth. He’ll have an even bigger workload awaiting him in 2020, and is likely up for taking his production to the next level. Either way, he’s already loaded up with several college offers in the last few months.

Last season as a junior, Stone was the top rusher in all of Arkansas with over 400 yards to spare. He ran for a ridiculous 2,757 yards and 30 touchdowns, and helped lead Magnet Cove to the 2A quarterfinals.

Another testament to his rare combination of production and efficiency: Stone was third in the state in carries with 266, and was the only one in the top 20 to average 10 yards per carry.

Despite his astounding numbers, Stone doesn’t have any offers yet, but he has received college interest. Another season at his 2019 caliber would likely put him over the top, and getting the Panthers even farther would also help cement his status.

After running for 1,892 yards and 23 touchdowns as a sophomore, Miller is the top returning rusher in his class going into the season. He received all-state (6A) honors last season for his efforts.

Finally, while it won’t benefit him in these rankings, Davis also upped his game as a defensive back last season and recorded a career-high five picks.

Jointer missed nearly his entire sophomore season with an injury, but is already a high 3-star prospect with double-digit offers. Assuming he returns at full strength, don’t be surprised to see Jointer quickly vault further up the list this season.

After putting up 1,298 rushing yards, 23 rushing touchdowns, and 581 receiving yards last season, Wiedemann is one of the very best pass-catching RBs in Arkansas. He also helped lead the Saints to an undefeated regular season and 4A championship appearance as they finished 14-1.

With 1,893 rushing yards and 25 rushing touchdowns last season as a junior, Powell is the state’s third-leading returning rusher. To produce like that on 13.4 yards per carry is amazing.

Throw in 132 receiving yards, and Powell finished 2019 with over 2,000 yards of total offense. He currently has eight offers per 247, and is listed as an all-purpose back. At 5-8, 168, Powell seems to project most as a running back at the next level, but don’t be surprised to see him receiving in the slot more.

Before a back injury took away James’ junior year of football, his underclassman numbers were as good as anyone in Arkansas. As a freshman he rushed for 1,234 yards and 14 touchdowns, and as a sophomore he ran for 1,076 yards to go with 406 receiving yards and 15 total touchdowns.

If James comes back at 100-percent, he is easily in the conversation for best RB in the state. Dumas was fantastic his sophomore year, going 12-2, but went 1-9 last season without him.

Already as a junior, Himon is in the discussion of best RBs in Arkansas, and his prowess specifically as a pass-catching running back is unmatched.

Last season he rushed for 1,300 yards and 16 touchdowns on 10.2 yards per carry, and also registered 738 receiving yards and five receiving touchdowns. Throw in 395 kick-return yards, and Himon surpassed 2,400 all-purpose yards as a sophomore on the 5A state champion. The 3-star prospect has four D-1 offers and counting.

With 1,922 rushing yards last season and a 4A state championship ring, Smith enters his senior year as the top rushing threat in the state. That makes him the second-leading returning rusher in Arkansas, and he averaged over 10 yards per carry as well. Robinson also returns star QB Buddy Gaston, but with nearly their whole receiving corps from last season gone, don’t be surprised if the Senators lean on Smith even more in 2020.

Smith is a 3-star prospect with at least seven offers, but to many experts he is primarily a strong safety prospect. With his resume as a feature back, it’s hard to rule out the idea of him taking snaps on both sides of the ball depending on where he commits. For now, he’s tasked with leading Robinson to another state title with his two-way play.