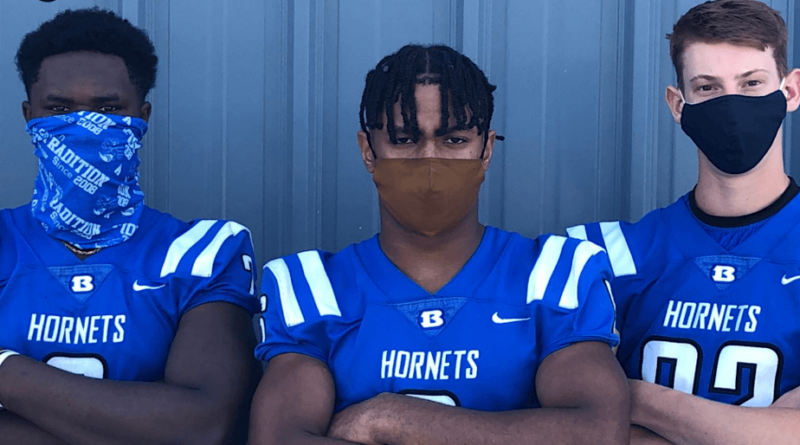 Welcome to the SBLive Power Rankings, a weekly look at the Top 20 high school football teams in Arkansas.

Bryant went 13-0 and won a 7A state title in 2019. Quarterback Austin Ledbetter threw 40 touchdown passes in the championship run. He’s back for his senior season along with many contributors on defense. Bryant has a great shot at running the table again in 2020.

Fresh off a 5A state championship run in 2019, Pulaski Academy are favorites to repeat led by star running back Joe Himon who had 2,038 all-purpose yards and 21 TDs last season.

With star 2022 receiver Isaiah Sategna coming back, Fayettville should have a bounce back year following last season’s 6-6 record. Satenga made 31 catches for 539 yards and a score as a sophomore.

Greenwood linebacker Jordan Hanna will have a huge senior year. He has an offer from Southern Miss. The Bulldogs will have a chance to get double digit wins again in 2020.

Robinson won a 4A title in 2019 and have plenty of returners from last year’s team including senior defensive end Deldrick Withers, a Kansas commit, and arguably the state’s best running back in Hunter Smith, who piled up 1,922 yards on the ground last year.

Bentonville West brings back some good players from last year’s team including wide out Stephen Dyson who caught 46 passes for 601 yards and three TDs a year ago, as well as linebacker Ariel Bradic, who made 149 tackles.

Little Rock Christian took down Benton 45-21 in a benefit game last week. The Warriors bring back Corey Platt Jr., an Arkansas State commit and one of the best linebackers in the state, from last season’s 13-1 5A runner up team team.

Cain Simmons made 107 tackles and three picks for Benton last year. Benton opens the season with Bryant on Saturday.

Senior tight end Errington McRae is a Memphis commit who caught 41 passes for 81 yards and six TDs last season. He’ll be a tough matchup for any defensive back in 7A.

In 10 games as a sophomore, Manny Smith ran for 810 yards, which was good for 10 yards per carry. Junior Bryce Bohanon hauled in 52 passes for 746 yards and five TDs last season. Both players are back and will cause problems for opposing defenses.

Jonesboro brings back talented defensive back Brodie Williams (Navy commit) from last year’s 8-4 team. He’s a major difference maker and will make the Hurricanes contenders in 6A.

Remember the name Marlon Crockett. He’s an Arkansas State commit who hauled in 65 passes for 1,080 yards and 13 touchdowns last season. He’s back for his senior year along with quarterback Tyler Gee. They’re one of the top QB-WR tandems in Arkansas.

Central competes in 7A and has some great players back including running back Sam Franklin, who ran for 1,026 yards and 14 touchdowns last season and Makilan Thomas, an Arkansas state commit on the offensive line.

Expectations are high at Parkview Magnet because of their two University of Arkansas commits: QB Landon Rogers and TE Erin Outley.

West Memphis was voted as the fourth best team in 6A in the Arkansas Sports Media High School Preseason Football Poll. They’re primed for a big season.

The Goblins made the second round of the 5A playoffs last season where they fell to Pulaski Academy 28-21. That team lost a lot of seniors to graduation, but Cole Keylon is back for his senior year. He played both quarterback and linebacker last season at a high level.

Harding Academy had to cancel its first game of the season due to multiple COVID-19 positive tests on their team.

Fordyce makes our preseason Top 20 thanks to having a transcendent talent in senior Ja’quez Cross. Cross intercepted 10 passes last season for the 2A state champion Redbugs. On offense, he caught 58 passes for 975 yards and 14 touchdowns. He is committed to South Dakota State.